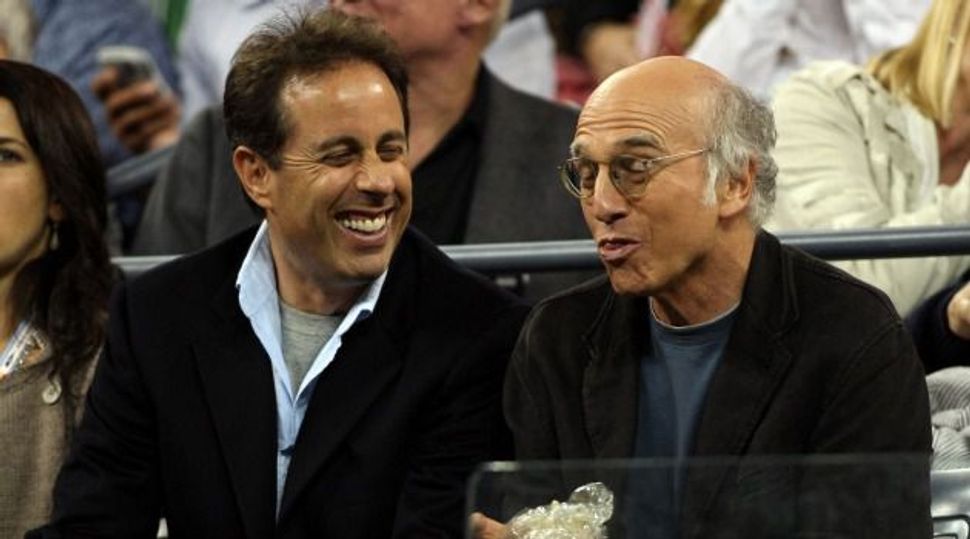 (JTA) — Jerry Seinfeld and Larry David have teamed up for a new project, and it’s big. And…well, that’s it.

Other than the fact that the thing is about “intentional mumbling” and that we will see it “eventually,” Seinfeld revealed little else about the script while answering audience questions on Reddit.com. Reddit’s AMA, or “Ask me Anything,” feature allows members of the popular social website to ask questions to significant figures. Seinfeld opened up to questions on Monday.

Although he was reticent about the new mystery project, he was more vocal on other topics. In the interactive interview the comedian spoke about going for bagels and lox with his kids, scrapping an episode of “Seinfeld” in which Jerry buys a handgun, his favorite supporting character on the show (Newman!), and much, much more.

Oh yeah, and there was also that plug for season three of his web series Comedians in Cars Getting Coffee, with a debut episode featuring Louis C.K. It’s no “Seinfeld” part two, but it’ll do until “eventually” finally hits.