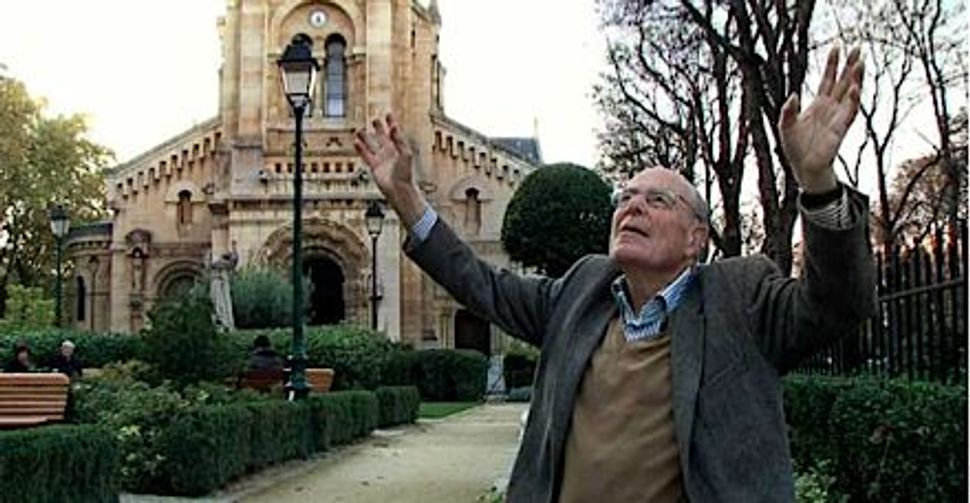 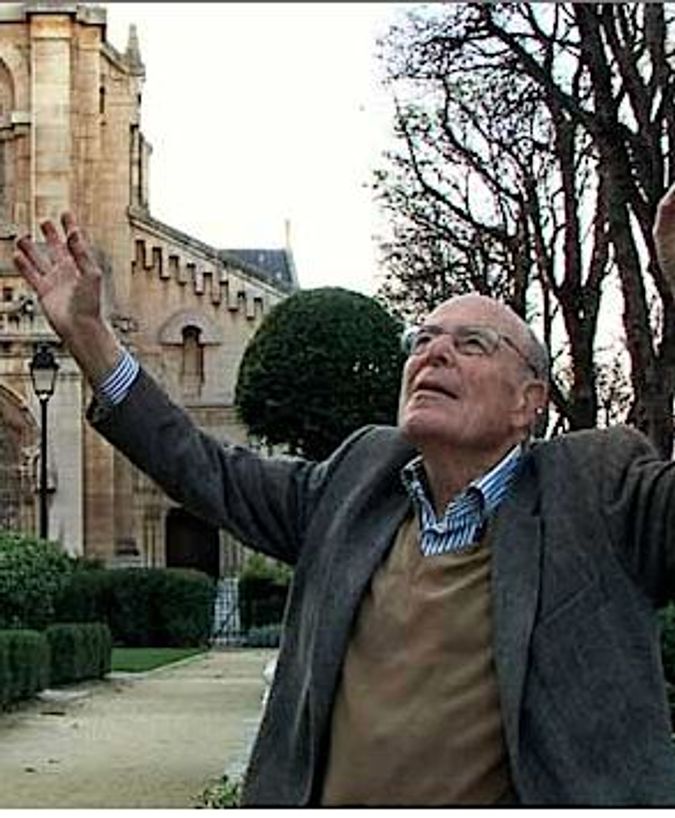 The documentary “Ain’t Misbehavin’” — which received its American premiere January 8 at the New York Jewish Film Festival — is a significant change of pace for its director, Marcel Ophüls. Previously, Ophüls has given us magisterial inquiries into 20th century moral outrages, including his pre-eminent “The Sorrow and the Pity,” a disturbing exploration of French collaboration during the Nazi occupation, and “The Memory of Justice,” which examined the postwar world’s legal and ethical sense in the wake of the Nuremberg trials.

In “Ain’t Misbehavin’” — a terrible English title for what should have been a direct translation from the French, “A Traveler” — Ophüls is up to something decidedly more mischievous: He offers a self-portrait in late age, a memoir of youth, the tale of a family’s diaspora in the face of the Nazi menace, and a distinguished filmmaker’s tribute to his father, Max Ophüls, who himself had a legendary career in Germany, France and Hollywood, with films of dark romanticism including “Letter from an Unknown Woman,” “The Earrings of Madame de,” and “Lola Montès.”

Using still photographs, clips from his father’s films and his own, and interview footage shot in various world capitals and resorts, Ophüls fils presents himself as a travel guide of his family’s enforced peregrinations, a self-styled failed roué whose adored wife has separated from him, and a filmmaker whose nearly two-decade retirement this film ends.

Since Marcel was born a Jew in Germany, his father Max saw the benefit of having his adolescent son baptized and given Communion on the same day in Paris. But if his conversion “took” we see no evidence of it, nor evidence that Jewish observance holds any place in Marcel’s life. Instead, Ophüls demonstrates in charming interviews, sometimes betraying a little too much relish, that he is a first-world cosmopolitan — he speaks French and German as well as excellent English, acknowledges that despite the instability of his youth, he led a privileged adolescence, and seems to have known most everyone on both sides of the camera in Paris, Hollywood, and Germany.

We know this at least in part from some of his other interview subjects. We catch him in conversation with those whose professional careers crossed his path — either in his early days as a director of failed features, or as the award-winning documentarian who cast a shadow in cinema history as distinct from the one belonging to his father. So we have Marcel charming the legendary Jeanne Moreau, reminiscing with an American school chum who became master photographer Elliot Erwitt, talking shop with American documentarian Frederick Wiseman, and engaging the widow of François Truffaut with fond recollections of her husband who was an early supporter and friend.

In all of this, the aging Ophüls is a male Scheherazade, spinning tales for his interlocutors, for the camera pointed at him, and for the movie audience beyond. He mugs and dramatizes, and in all cases proves himself to be a man of the world. Who else can recollect meeting Marlene Dietrich in her maturity, be taken out by her to lunch and later to a “dyke” bar, and then eventually realize he has the opportunity to bed a cinema legend? Looking back on his mental calculations of that evening, while the screen flashes images of Dietrich’s stunning face and figure throughout all stages of her career, the old roué remembers thinking that she was too old for him — she was 60 at the time — but now points his finger at his temple as if to say, “What? Was I crazy?”