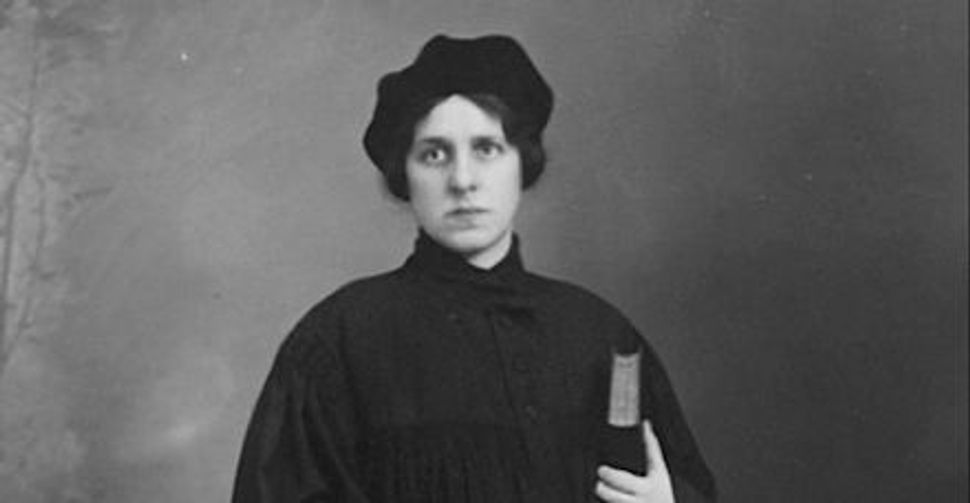 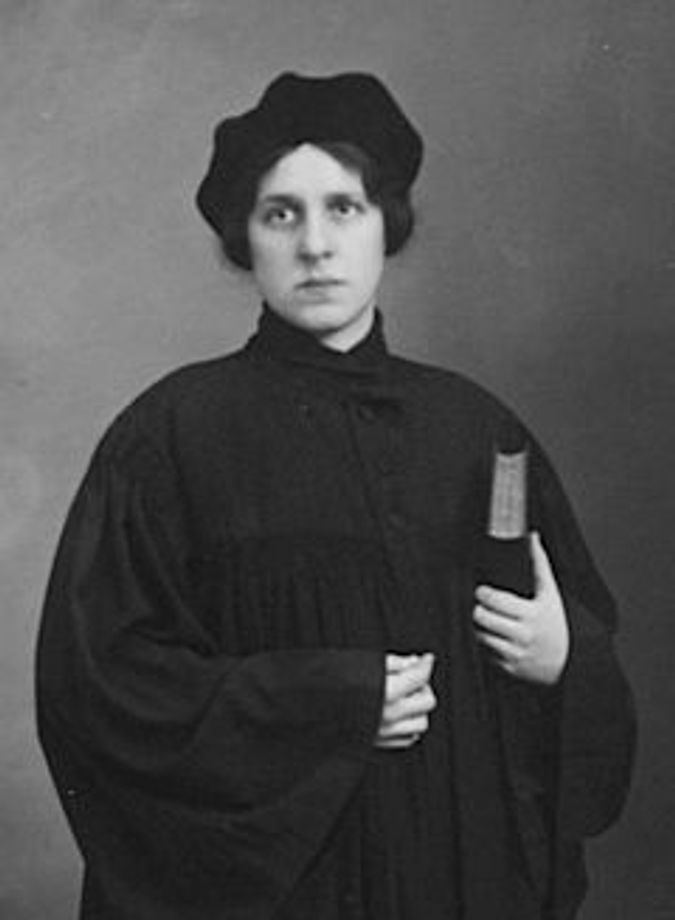 Diana Groó’s “poetic documentary” “Regina,” screening January 15 at the New York Jewish Film Festival, is constructed out of meager visual evidence. There is, after all, only one surviving photo of her subject, the Berlin-born Regina Jonas (1902-1944), who became the first ordained female rabbi. But if necessity is the mother of invention, then Groó’s method is to create a lyrical meditation on a life whose contours were barely known or remembered until the fall of the Berlin Wall in 1991. The subsequent reunification of Germany allowed a rush of researchers and scholars to fill in important historical lacunae from musty archives.

Although Groó’s documentary does not detail the manner of recovery of this extraordinary female figure in modern Jewish history, a 2004 article in Haaretz credits the archival work of Dr. Katharina von Kellenbach, “a researcher and lecturer in the department of philosophy and theology at … a small Christian college” who discovered in a “remote archive in East Berlin” an envelope containing a teaching certificate awarded to Jonas from the prestigious Berlin institute that “trained teachers of Judaic studies and Liberal rabbis.” Given to Jonas in 1930, it only certified that she could teach Judaic studies and Hebrew in the city’s Jewish community schools. Eventually, Von Kellenbach would also discover documents in the archive of the Theresienstadt ghetto that would enlarge and deepen the picture.

With merely the one formal portrait of Jonas in rabbinical robes, Groó nevertheless fashions a visual meditation on Jonas’s life and times. She uses old film footage panned over at hauntingly slow speeds. We see as in a dream the lively street life of the Berlin metropolis complemented by stills and clips of Berlin’s Jewish ghetto, its Jewish community schools and institutions, and Weimar-era nightlife.

As Groó’s camera lingers on individual young girls in schools or on the street, their anonymous faces must stand in for the missing Regina. But there are also multiple voiceovers offering personal recollections from Jonas’s students and surviving acquaintances, aided by a narrative voice locating us throughout the story. Finally, we are given testimony from Jonas’s own clear and tender writings, read by English actress Rachel Weisz. Thus, a fully integrated story emerges.

That is the tale of a young girl whose impoverished Orthodox father, a peddler, believed in her intelligence and need for education. It is the tale of a feverishly inquisitive girl who excelled in school and believed fervently in her religion. It is a tale of determination and ambition as the girl sees her own rabbinic path as self-evident even in the face of opposition. And it is the tale of her overcoming that opposition with maturity and patience, with the support of a small number of key figures in Berlin’s progressive Jewish community, and with some frankly skilled tactical maneuvering.

After receiving her teaching certificate, Jonas continued at the prestigious Hochschule, writing a dissertation on the issue that concerned her most: “Can a woman serve as a rabbi?” She sought to prove that “there was no contradiction” between halachic law and “her desire to serve in the rabbinate.” Despite the soundness of her paper, none of her teachers would ordain her, and Leo Baeck, to whom she appealed, was unwilling to create a breach between the various denominations in a Jewish community already under siege.

Jonas would instead sermonize in community centers and at out-of-the-way venues until, in 1935, the “head of the Liberal Rabbis Association in the city of Offenbach … ordained Jonas to serve as a rabbi in Jewish communities in Germany.” In the event, Baeck wrote to her in frank support.

This small but distinct triumph is not the end, of course, and Groó fills in the gaps with a wistful portrait of a serious young woman who is beloved of the children entrusted to her instruction, and encouraged by the observant but liberal Jews who had occasional benefit of her spiritual guidance. She would sustain a long-distance relationship with a widowed rabbi, some 30 years her senior, who expressed his admiration and love in the most admirable and exalted language.

Even after her deportation with her mother to Theresienstadt, where she worked beside renowned psychologist Victor Frankl to help orient and support newcomers to the “model” camp, her rabbinic practice remained largely pastoral in nature. But it was crucial all the same, for Jonas believed deeply in the value of the individual life. Even under these most dire circumstances, she saw her co-religionists as emissaries of an important message to the world. She took the very long view, and this must have sustained her when she and her mother were finally deported to Auschwitz, where they were killed.

In a scant 63 minutes, Groó has recovered an exemplary life, one mixed with feminist fervor as well as spiritual resolve, and she has done so by constructing a lyrical visual rumination at a deliberate but never flagging pace, whose pictures are both fresh and haunting. For in these languorous pans upon individual faces, those that must stand in for the child Regina Jonas and those that stand in for all of European Jewry, we are forced to linger, our souls scorched. They are all dead. These are their ghosts.