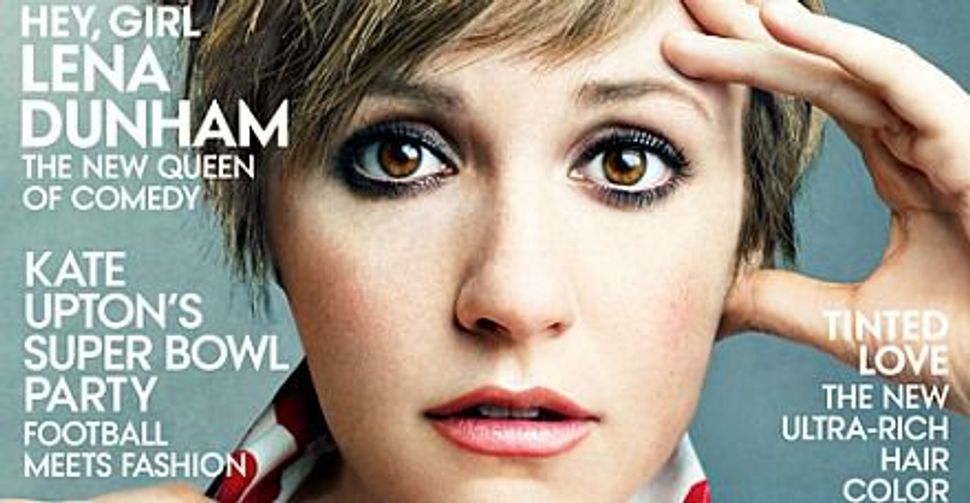 The girl who only days ago was on E!’s Worst Dressed list for her canary yellow Zac Posen dress at the Golden Globes is now on the cover of Vogue.

A mix of Woody Allen angst and Liza Minnelli chic — We like. Though, as one of the rare non-size-0 women to be featured on the iconic magazine’s cover, it would have been nice to see her actual body.

Hannah Horvath may forget to wear pants once in a while, but it turns out Dunham actually has some style secrets up her sleeve (and an Etsy addiction — celebrities, they’re just like us!)

“I’ve always loved Comme des Garçons; I’ve always loved Yohji Yamamoto,” she says in the cover story for the February 2014 issue. “I’m into Charlotte Olympia flats. I really love a Prada bag because they always have one weird detail that you didn’t think about. I always wear J Brand jeans because the waist is high… a low-cut jean is a problematic thing for me.”

We may not be on board with her awards show fashion track record (remember her dress from the 2013 Emmys?) but let’ take a moment to celebrate any normal-sized woman being celebrated on the cover of Vogue. Good one, Anna Wintour.