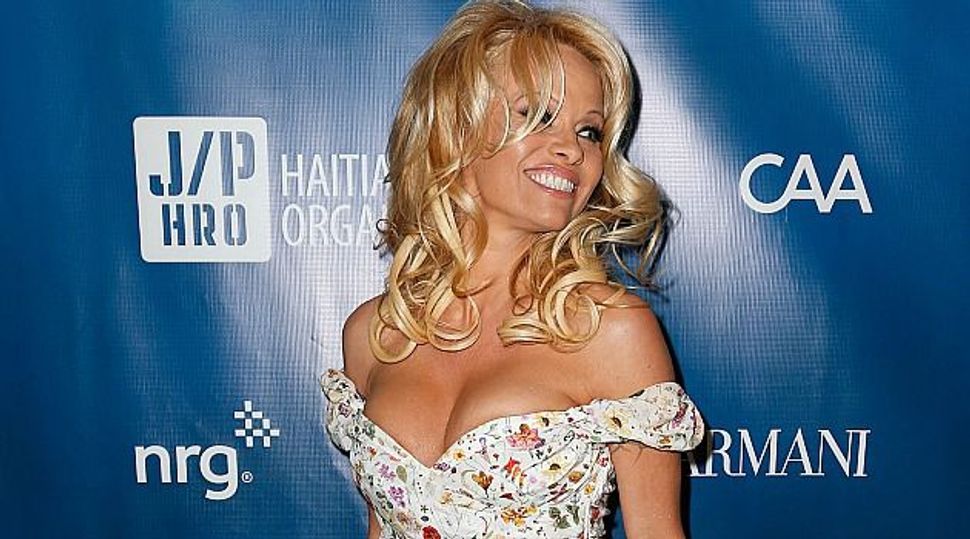 (JTA) — Forget Hawaii! Newly remarried couple Pamela Anderson and Rick Salomon took an El Al flight straight to Israel after exchanging vows on Sunday. According to The Times of Israel, the former “Baywatch” star and her film producer hubby (of Paris Hilton sex tape fame) are staying in a suite at the King David Hotel in Jerusalem. They have already visited the Dead Sea.

It’s not Anderson’s first trip down the aisle with Salomon (the two were married briefly in 2007) or her first trip to Israel. In 2010, Anderson shot an ad campaign in the Holy Land, and in 2011 she served as a judge on the Israeli version of “Dancing with the Stars.”

Wouldn’t it be great if Anderson chose Israel because someone’s come up with a Mediterranean, Tel Aviv-based “Baywatch” reboot?