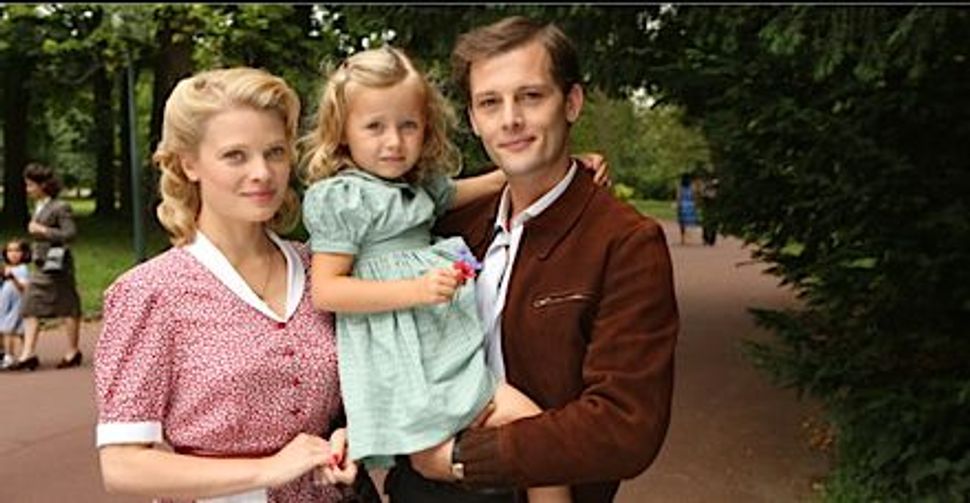 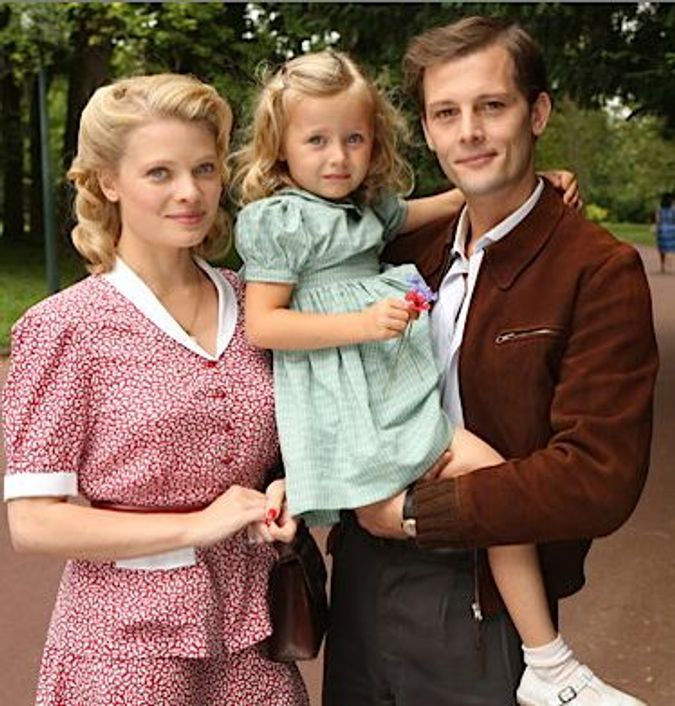 A tale of adult children discovering the romantic mysteries of their parents’ past hardly presents new thematic territory. These discoveries are made after death thanks to the documentary evidence a parent leaves behind: letters, photographs, school reports, and war-related transcripts. Don’t a son and daughter in a sleepy farming community discover their mother’s hot and heavy affair with a passing photographer in “Bridges of Madison County”?

But this snooping around into the past has the benefit of additional historical weight in the hands of Diane Kurys, whose “For a Woman,” a fictionalized family memoir screening January 19 at the New York Jewish Film Festival, traces her Ukrainian Jewish parents’ early marriage after the war as they establish themselves as new French citizens in the city of Lyon. The narrative conceit of the film has two daughters in 1980 rummaging through their recently deceased mother’s effects, the younger one — a stand-in for Kurys — taking on the task of resolving the enigma of their parents’ long-ago divorce.

Suddenly, it is 1947. Michel and Léna set up house in the apartment above the tailoring shop Michel establishes, when the sudden reappearance of Jean, the younger brother Michel has been separated from since the boy’s youth, sets in motion a personal drama with political dimensions.

Older brother Michel is an unreconstructed Communist, attending party meetings and toeing the party line. Handsome Jean is invited to stay in the apartment, yet his taciturnity and helpful-if-hidden connections cast this new border in a suspicious light. Despite some bewilderment as to Jean’s real identity — might he merely be faking this one? — neither Michel nor Léna can believe themselves duped. All the same, their new relation seems to be up to something — and the audience has the benefit of a scene between Jean and his buddy Sacha which confirms that some sort of plot is afoot. Is Jean merely involved in the black market, is he spying on his brother’s Communist circle, is he involved in some kind of politically-motivated revenge murder — and on which side of the political spectrum does he play his part?

Complicating this feeling of Jean’s hidden loyalties is the evidence that his simmering attraction to his sister-in-law Léna may yet involve him in a disloyalty as damning as any partisan or criminal conspiracy. And Léna’s shifting sympathies, between her male chauvinist husband and his romantically mysterious younger brother, force viewers into their own quandary: To whom do we throw our support? Can characters who follow their hearts and not their heads, and in the process lose their moral balance, nevertheless command our empathy?

The narrative turns back to the 1980 “present,” with the two adult daughters now also involved in caring for their aging father, Michel, whose memories of his beloved Léna have not dimmed — and whose commitment to Communism is as strong, if also as reflexive, as ever. Michel has become something of a cliché — the left-wing revolutionary lion in old age, unable to accept that the Party is, indeed, over — or certainly on its last legs.

As director and writer, Kurys has put together a well constructed inquiry into one refugee Jewish family’s past in a post-war France that she paints with, perhaps, rather too rose-colored a brush. And if the particularly Jewish elements of the story are handled briskly, they are not so neglected as to make this a whitewash. “For a Woman” might have been a deeper examination of Jean and Sacha’s particular post-war actions. It might also have attempted a more trenchant examination of a marriage based as much on gratitude as on the wish for starting over in the aftermath of surviving a genocidal war.

For all that, Kurys has shot a beautifully mounted production, with a fine cast of emerging French stars. Benoit Magimel as the rough and tumble Michel, Mélanie Thierry as the beautiful but conflicted Léna, and Nicolas Duvauchelle as the passionate, committed, and silently smitten Jean anchor a story that might have played as mere soap opera. Magimel is especially strong as the only one of the three who must age into scenes more than 30 years later than the main action of the film. He lends grace and sympathy to a man whose sense of manliness is tied up both with his blind commitment to the Communist cause and to the woman, now just dead, whose beauty and vulnerability stole his heart decades ago.