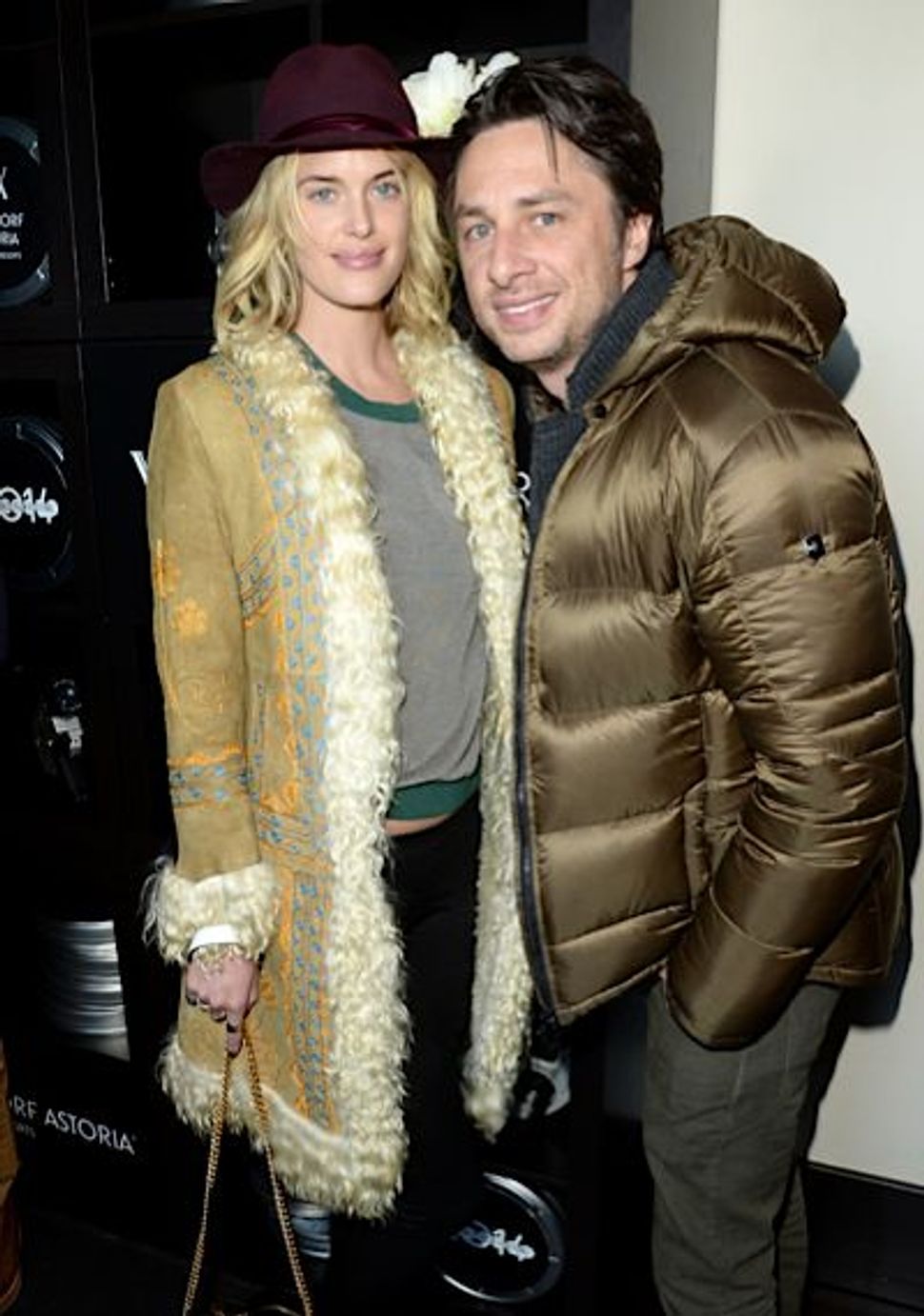 (JTA) — “Wish I Was Here,” Zach Braff’s Kickstarter-funded film, premiered at the Sundance Film Festival Saturday night. Fans eagerly awaiting the “Garden State” follow up—especially the 46,520 who helped pay for it to be made—will be glad to know it was warmly received. The screening ended with a standing ovation, certain critics had nice things to say, and most importantly, the movie was ultimately bought by Focus Features.

Also notable: It sounds pretty Jew-y. In “Wish I Was Here,” Braff makes his directorial debut and stars as Aiden Bloom, a struggling actor living in suburban LA with his wife (Kate Hudson) and their two kids. Aiden is forced to pull the children from Jewish day school after his dad, played Mandy Patinkin, announces he is suffering from cancer and will no longer be able to pay tuition. Unwilling to send them to the local public school, Aiden decides to home school. This new role leads Aiden on a spiritual journey, complete with a visit to a rabbi.

Braff, who wrote the script with his brother Adam, explains that the pair drew inspiration from their childhood. “It was kind of a combination of both of our lives,” he said, according to The Hollywood Reporter. “We did have a very strong conservative/Orthodox upbringing … Themes are in there around our shared experiences but it’s mostly fiction.”

Jewish actor Josh Gad plays Aiden’s brother in the film. Gad says he took the part because of “Garden State,” and also because he grew up “in a very Jewish household,” adding, “I know it doesn’t look that way.”

The Hollywood Reporter also treated us to an on-site video clip, in which the cast is asked about their Sundance fashion. The question elicits a funny little riff on “Alaskan mohel chic.” Now only if there’d been some footage of the cast’s Rosh Hashanah gathering…