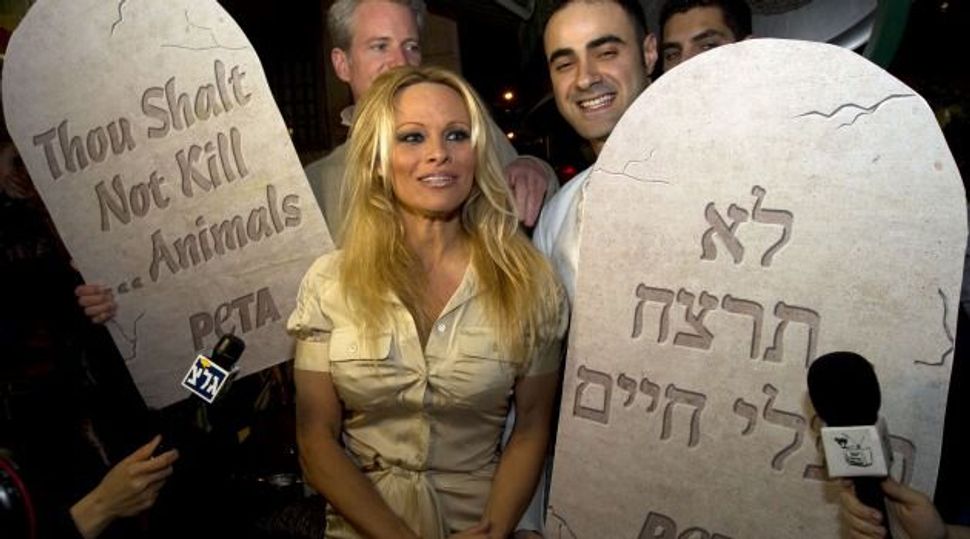 Pamela Anderson came back from her honeymoon Israel with some serious business on her mind.

The actress/activist, who recently honeymooned in the Holy Land, sent a letter to Benjamin Netanyahu urging him to support a proposed ban on the sale of clothing made with fur.

If passed, the bill would make Israel the first country in the world to impose a national fur clothing ban. More than 40 members of the Knesset have endorsed the legislation so far.

Anderson is a big PETA supporter and previously starred on the Israeli version of “Dancing With The Stars.”

In her letter, Anderson wrote that the way animals “suffer and die for fur violates Jewish principles,” and called on Israel to “set an example of compassion for the rest of the world to follow.”

Will Bibi answer? According to Global Post, it may not be in his best interest. News of the letter had hardly made the rounds before Israelis starting making jokes about their prime minister’s past as a ladies’ man. “Sara [Netanyahu’s wife] will lop off his dick if he dares to approach Pamela,” one commenter wrote on the entertainment site Mako.