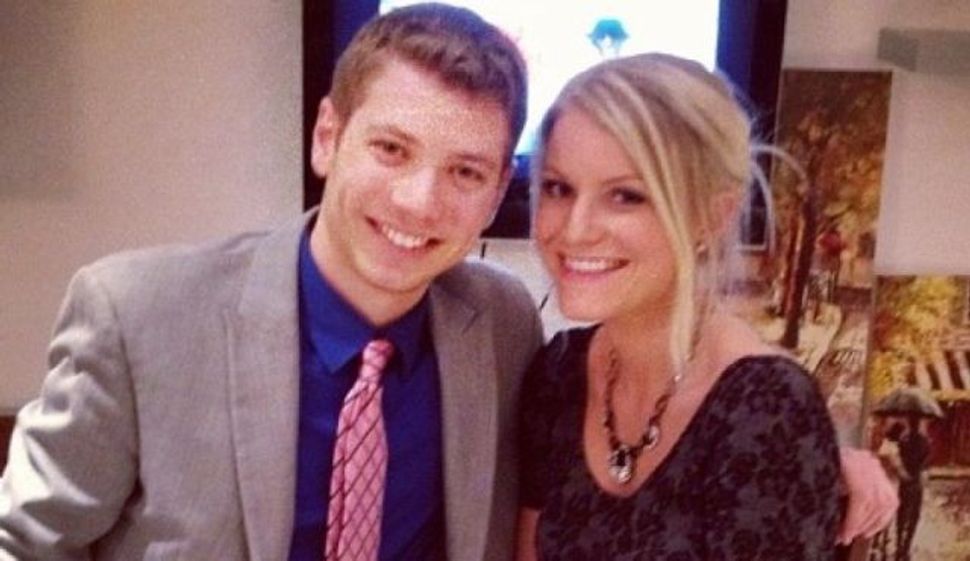 (JTA) — The Israeli media is abuzz over the revelation that Prime Minister Benjamin Netanyahu’s 23-year-old son, Yair, is dating a non-Jewish Norwegian woman. The pair met while they were both studying at the Interdisciplinary Center in Herzliya.

Netanyahu reportedly chatted with Norway’s prime minister about his son’s relationship at the recent World Economic Forum in Davos.

Some religious Knesset members are voicing their dismay over the news. “It’s a big problem,” Shas Knesset member Nissim Ze’ev told The Jerusalem Post. “As the prime minister of Israel and the Jewish people, he must display national responsibility via the values he presents inside his own household. I bet it pains him. Any Jew who wants to maintain his roots wants to see his son marry a Jewish girl. There is no shortage of beautiful, successful girls without sowing in the fields of others.”

It sounds like the 25-year-old woman, Sandra Leikanger, comes from a strongly pro-Israel Christian family. Her older sister lives in Israel and converted to Judaism, a source close to Yair Netanyahu told the Post.

What the reports I have seen fail to note, however, is that Netanyahu’s son is not the first child of an Israeli leader to be romantically involved with a non-Jew.

Indeed, David Ben-Gurion’s own son, Amos, married a woman who converted for him. (Granted, Amos met his future wife a few years before the Israel was established, so his father was not yet prime minister.) And Amos’ son, Alon Ben-Gurion, also married a non-Jewish woman, who reportedly did not convert to Judaism.

There’s a nice account of how Amos broke the news of his marriage plans to his father, and how David Ben-Gurion broke the news to his wife, in Dan Kurzman’s biography “Ben-Gurion: Prophet of Fire.”