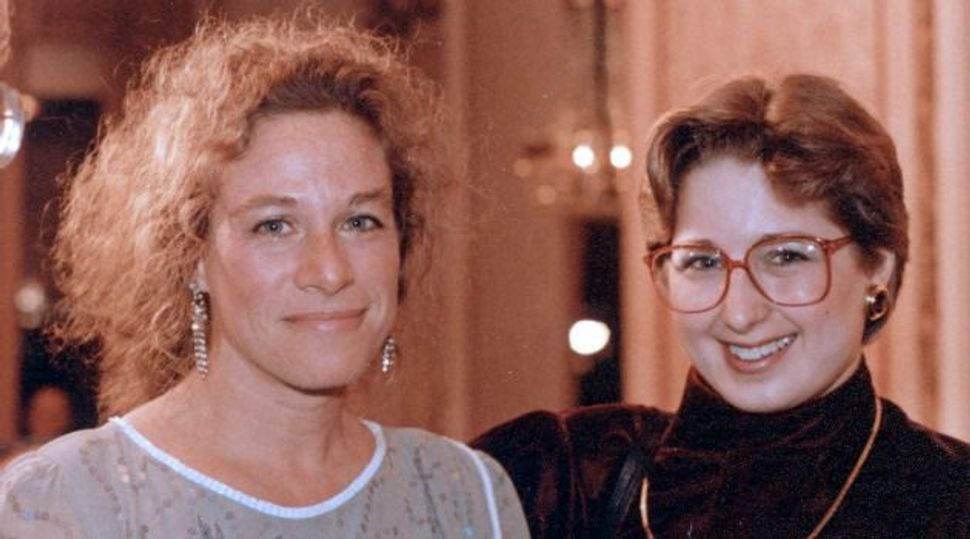 Watching Carole King (introduced by Cyndi Lauper) perform “Beautiful” —  her ode to self-worth, from her Grammy winning album “Tapestry”— along with “Sara Bareilles counterpointing with her own “Brave,” was a classy moment at the 2014 Grammy Awards which validates why, just the night before, King got the Musicare’s “Person-of-the-Year” Award in recognition of her musical genius.

Surprisingly, King has yet to see Broadway’s “Beautiful: The Carole King Musical” that traces her creative journey.

Based on King’s personal coming-of-age saga with the requisite chuckles-eliciting Jewish mother injunctions [“Jewish girls don’t write songs — they teach!”] “Beautiful” is a standout; exciting, engaging and — though considered evocative for Baby Boomers —the immediacy of her lyrics and soul-pleasing music continue to resonate for the twenty-somethings.

Jessie Mueller stars as a teenage composer/lyricist who marries her fellow Queens College alum and first husband Gerry Goffin (Jake Epstein). She is simply phenomenal. A master of many talents (Mueller/King writes the lyrics) she writes the music, she sings, she plays the piano and — oy! —does she suffer.

Around us, a multi-generational audience relishing a nostalgic look back at some of the best interpreters of King’s hits — The Shirelles, The Righteous Brothers, The Drifters — and a delightful Neil Sedaka impersonator singing his ode to “Carole.” The first time we saw “Beautiful,” Judith Jamison, Artistic Director Emerita of the Alvin Ailey Dance Theater was in our row. At a follow-up revisit last Saturday, TV producer Simon Cowell was at the end of the aisle.

Directed by Marc Bruni, with book by Douglas McGrath, words and music by Goffin and King and fellow songwriters Barry Mann and Cynthia Weil who are deliciously portrayed by Jarrod Spector and Anika Larsen plus clever scenic sets by Derek McLane and apt choreography by Josh Prince.

By an amazing coincidence, the 1987 National Academy of Popular Music Songwriter Hall of Fame Induction Ceremony inductees included Carole King, her then husband Gerry Goffin, Barry Mann, Cynthia Weil, as well as Carole Bayer Sager, John Lennon and Sir Paul McCartney. Among the young volunteers that evening was my daughter Nina Leon (a member of ASCAP and a lifetime member of SHOF).

Martin Bandier, chairman and CEO of Sony/ ATV Music Publishing was a tribute chair at the 2014 pre Grammy Awards MusicCares dinner. At the 2003 Songwriters Hall of Fame Induction Dinner, then chairman and CEO of EMI Music, Bandier was the Patron of the Arts Award recipient who paid tribute to songwriters: “They create magic—and few people stop and think how it was created…. Artists come and go…but a great song lasts forever.”

“Beautiful” is one of those musicals where you get to savor those great songs…. and their stories. Go see. You’ll walk out smiling and maybe singing.