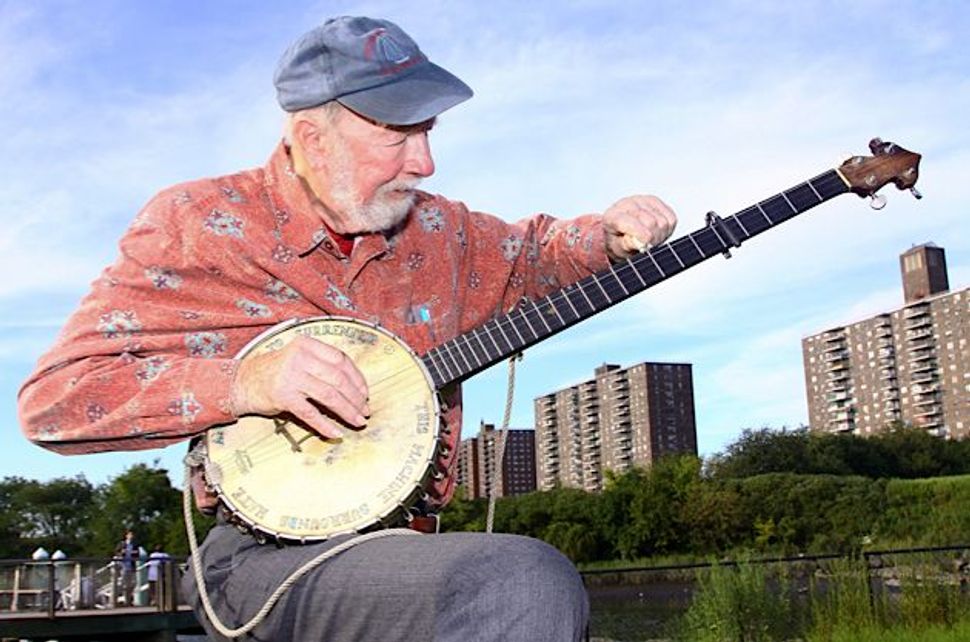 To state the obvious, Pete was an iconic figure in the folk music movement in the United States. As were many, many of my colleagues, I was profoundly influenced by Pete’s music just as I started to really enjoy music. I first found him through the recording of The Weavers reunion concert at Carnegie Hall. It was a great record, and for me, Pete’s performance of “Wimoweh” was the highlight.

Pete inspired me to try to learn to play the banjo. Fortunately for the world, that didn’t take, but I did learn a lot of what I know about certain styles of guitar playing from a book on playing the guitar that bore Pete’s name, before it was revised and published with Jerry Silverman’s name in place of Pete’s. The first time that I saw Bob Dylan was at one of Pete’s concerts. Pete brought him out to sing, and gave him a great introduction. I don’t think that many people in the audience had heard of Bob Dylan before that moment.

Pete was also an iconic figure in American politics. He was an inspirational activist for many ideas that seemed somewhat successful, until just recently. I’m speaking of the cause of unions, and the cause of ending minority repression. Of course neither cause was ever totally successful, but we were doing a lot better a few years ago. Now there is no Pete Seeger to lead us.

I didn’t agree with all of Pete’s political convictions, but I found it incredible that people who swore to uphold our constitution tried to silence him. To say he was brave, strong, and a great musician is understatement in every respect. Pete built the house that he lived in, and he led (forgive me for bringing this in) a moral life. He was true to his convictions in every part of his life, as far as I, or anyone I know, could see. I believe that we may have just lost a just man.

Proverbs 20:7 The just man walketh in his integrity: his children are blessed after him.