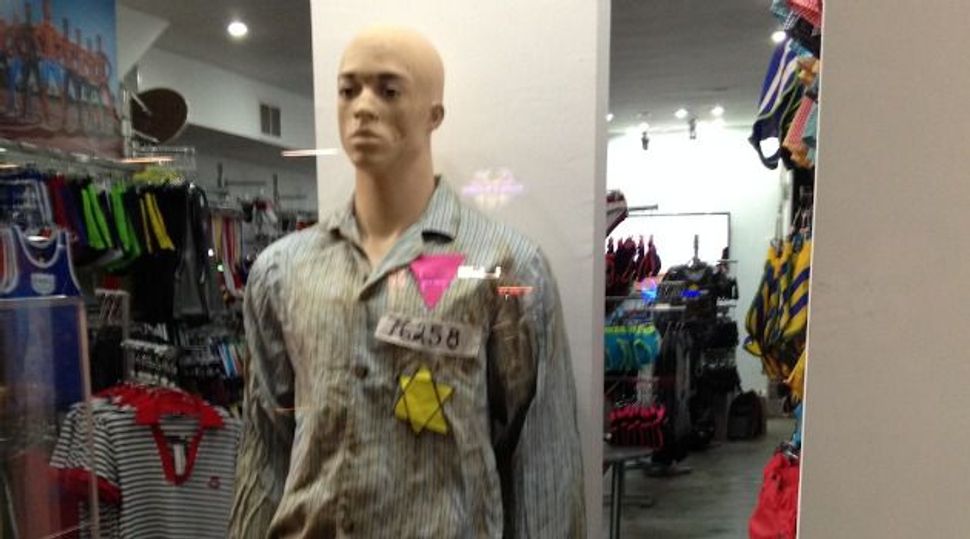 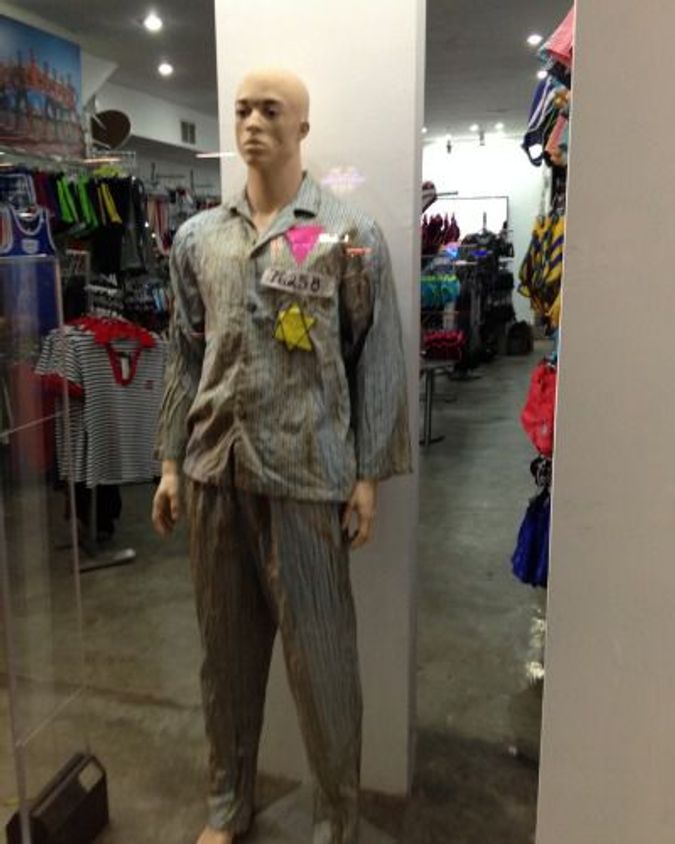 Spotted: A mannequin dressed as a Holocaust victim on display at L.A. Jock in West Hollywood, California. Oy.

But there’s more to the striped uniform and yellow star than meets the eye.

The display is meant as a symbol of protest ahead of a rally tomorrow against Russian president Vladimir Putin’s anti-gay policies, according to Racked.com.

Nir Zilberman, the store’s Israeli owner who decided to put up the mannequin, is reportedly the descendant of survivors; his great grandparents were killed in the Holocaust.

“This isn’t supposed to be offensive, this is part of our history, and it sends a very clear message to stop the hate,” Zilberman was quoted saying.

The Russian government has been the target of harsh criticism in recent years for its anti-gay policies, with some arguing that the Sochi Olympics, held this month in Russia, should be boycotted. Hate crimes directed against gays have surged in recent years.

Some, however, found the mannequin display offensive, Racked reported.

“[It’s] more shocking and in poor taste” a reader told racked. “I’m just puzzled why a visual merchandiser would go that route.”