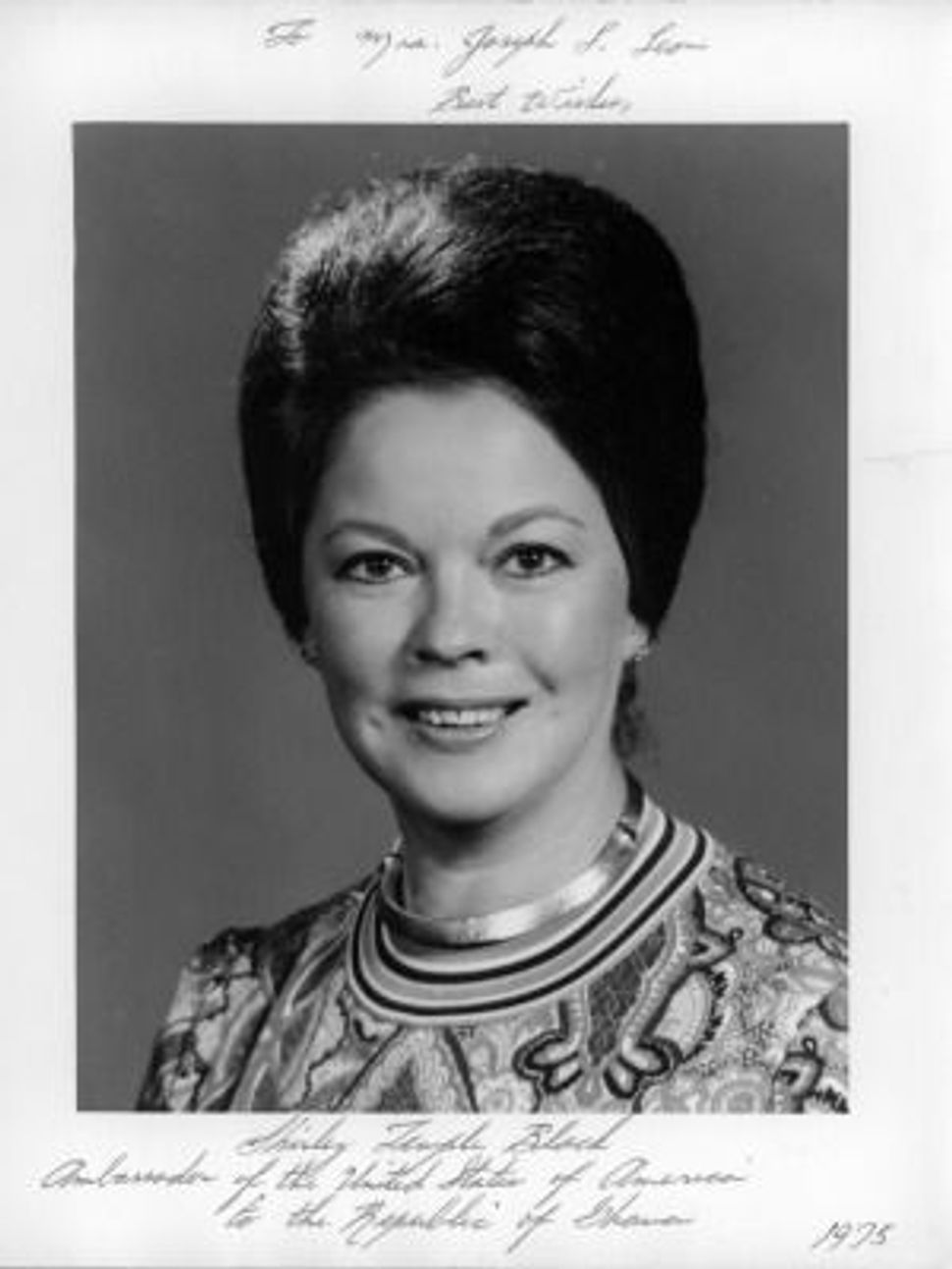 Autographed photo of Shirley Temple given to Masha Leon. Image by Karen Leon

Shirley Temple Black — who died at 85 on February 10 — may have indirectly helped my mother and me get a visa to America.

I became a Shirley Temple fan after seeing her in “The Little Colonel” in pre-war Warsaw. For weeks I ran around singing “Polly Wolly Doodle” in a Yiddish-Polish-English gibberish. During the bombing of Warsaw I grabbed my Shirley Temple doll as we fled our firebombed building — a doll my mother later traded for food and shelter. In Soviet-occupied Vilno [Vilnius] in 1940, I saw her in “The Little Princess” in which her character searches for her missing father. It was just after my father had been arrested by the Soviet NKVD (precursor to the KGB) and his whereabouts were unknown.

I corresponded with her during her tenure as U.S. Ambassador to Ghana (1975), but did not meet her until June 1988 at an American Booksellers Association Convention in Anaheim, California, where she was feted as author of her autobiography “Child Star.” It was a banner year for celebrity authors that included Ladybird Johnson, Natan Sharansky, Charles Schulz, Jane Russell, Shirley MacLaine, Maurice Sendak, Dr. Theodor S. Geisel (a/k/a/ Dr. Seuss) E. L. Doctorow, Betty White, and U.S. Olympic Gold Medalist gymnast, Mary Lou Retton that was capped by extraordinary parties including (“Scruples”) author Judith Kranz’s then $50,000 party held at a hangar at the John Wayne Airport.

But it was meeting Shirley Temple who was mobbed by fans at her autograph session that has remained an indelible memory. She stopped to listen as I told her how she might have unwittingly been instrumental in my coming to America. I also sang a fragment [English version] of “Polly Wolly Doodle” that got her laughing.

When after V-E Day in 1945, at which time my mother’s and my “Duration of the War” visas in Canada expired, we were informed by the government that we were being repatriated to Poland! We did not know where my father was — or if he was even alive. Our families had been exterminated in the Warsaw Ghetto and by Einzatzgruppen [execution squads] in what is now Belarus. There was no one and nothing to return to.

My mother ordered me: Shreyb Mrs. Roosevelt. (write to Mrs. Roosevelt!). “Bist meshuge?“ —  “Are you nuts?” — I countered. “Write! and tell her our plight!” she insisted. I wrote a 14-page handwritten letter — which I was informed is now at the Eleanor Roosevelt Val-Kill Archive stating, “I want to come to America because of Ginger Rogers, Fred Astaire and Shirley Temple.”

A week later, my mother and I were called into the U.S. Consulate in Montreal and were greeted with: “So you are the little girl who wrote to Mrs. Roosevelt who wants to come to America because of Shirley Temple!” He showed me the letter in our dossier. A cousin in Chicago provided affidavits for us.

She was a light during some of my darkest moments.