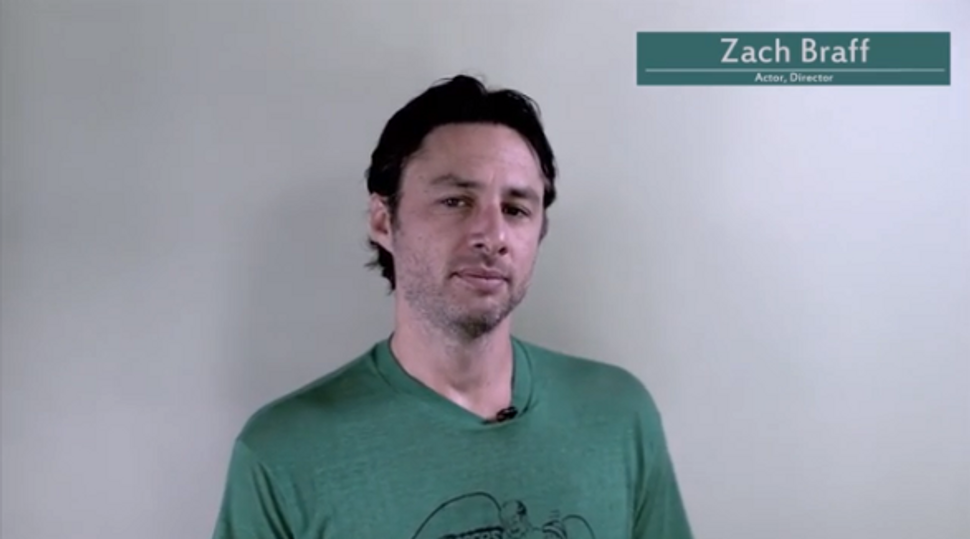 Wait, is it Purim already?

Not quite yet, but Zach Braff has decided to start spieling early. The “Scrubs” and “Garden State” actor is launching the season of fun with a parody of an ad promoting Yeshiva University.

Braff seems to be turning to his Jewish roots for inspiration lately. His next film, “Wish I Was Here,” tells the story of a father who has to pull his kids out of day school after his ailing father (Mandy Patinkin) announces he can no longer pay for it. The movie, reportedly inspired by Braff’s own “very strong Conservative/Orthodox upbringing,” also stars fellow tribe-members Kate Hudson and Josh Gad.