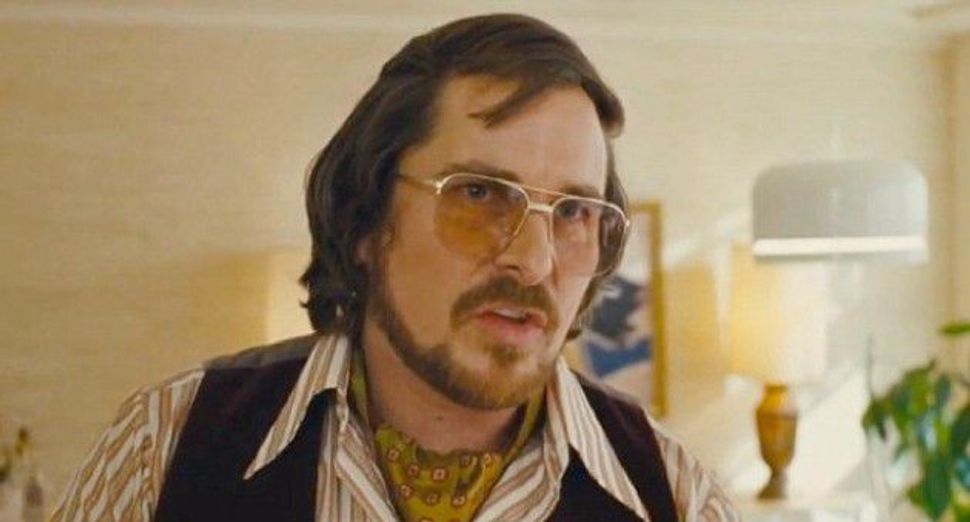 The Oscars are only two days away, and if you’re anything like us, you’re rooting for an “American Hustle” win in Costume Design.

This is the first Academy Award nomination for Australian costume designer Michael Wilkinson (whose credits include “Man of Steel,” “300,” “Watchmen,” and “The Twilight Saga: Breaking Dawn – Parts 1 & 2” ), and come Sunday night, he’ll face fierce competition from the likes of “The Great Gatsby” and “12 Years A Slave.”

Much has been written about the film’s knockout 70s wardrobe (and the hair, the hair), but it seems Wilkinson deserves an Oscar just for getting through the shoot.

According to Racked, there was more than one mishap to maneuver around. David O. Russell’s spontaneity on the set, often required Wilkinson to think on his feet. Racked reports that Wilkinson had 40 different outfit changes for Amy Adams and Christian Bale alone.

When it came to Bale, who plays Jewish scam artist Irving Rosenfeld, Wilkinson had a whole other set of problems. During a shoot for a wedding portrait of Bale and Jennifer Lawrence’s characters that was to be featured in their bedroom, Wilkinson realized he had completely forgotten to pack a yarmulke.

“The yarmulke was key for the wedding portrait so I ran to the bathroom, cut up some paper towels and worked with bobby pins,” he told Racked. “It always makes sense to make friends with the hair department.”

“American Hustle,” a comedy/drama based loosely on the ABSCAM FBI sting operation, is nominated for10 Academy Awards.