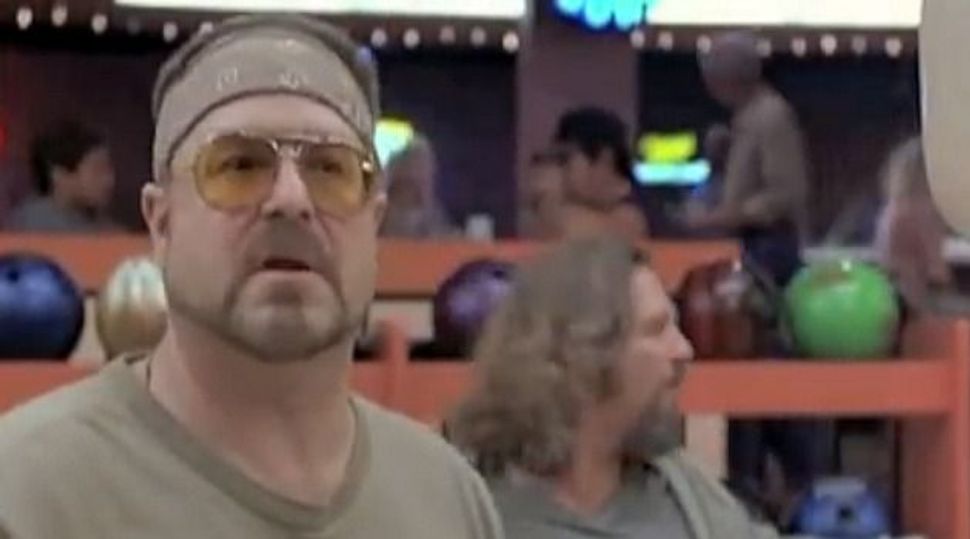 (JTA) — With Christian Bale and Leonardo DiCaprio both in the running for best actor for playing Jews behaving badly — the Forward has released its “11 Best Performances by Non-Jewish Actors Playing Jews in the Movies.”

There is nothing like a movie list to send me down the rabbit hole (see my magnum opus on Tablet’s 100 best “Jewish” films). But it’s late and I have way too much to do.

So I will limit myself to three of the most outrageous omissions, saving the worst snub for last.

Jason Biggs playing Jim Levenstein in “American Pie” (1999): Biggs’ Levenstein is to apple pie what Alexander Portnoy is to liver. I know. Hard to believe. But it’s true. Italian Catholic. Talk about method acting — check out this pic from his son’s bris?>

Brendan Fraser as David Greene in “School Ties” (1992): Fraser plays a working-class scholarship Jewish stud/quarterback capable of kicking the asses of every singly anti-Semitic WASP at his elite prep school. What more could you ask for?

John Goodman as Walter Sobchak in “The Big Lebowski”: Do Polish Catholics who convert to Judaism not count as Jewish characters? After dedicating so many words to the Pew study, how does the Forward ignore one of the greatest calls for Jewish continuity in our time: “Three thousand years of beautiful tradition, from Moses to Sandy Koufax… You’re goddamn right I’m living in the f*cking past!”

And just when you thought there was not much else to add to our glorious tradition, Walter gives us this (warning: more f’ bombs):