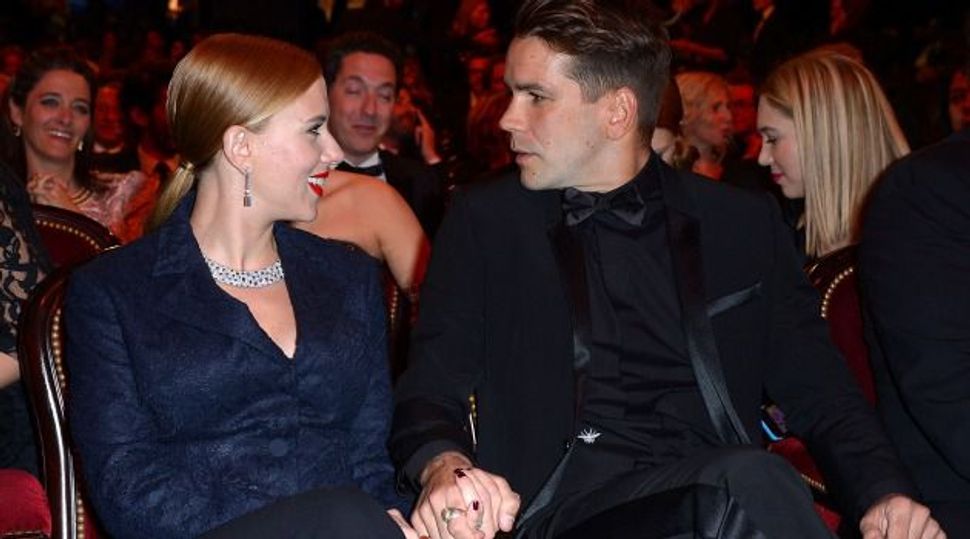 Scarlett Johansson, the Jewish actress and SodaStream spokeswoman, is pregnant with her first child with fiancee Romain Dauriac, a source confirmed to E! News.

The pair were spotted at the 39th Cesar Film Awards 2014 in Paris on Friday (no baby bump yet!)

Johansson went public about her relationship with the French journalist in November 2012. The couple announced their engagement in September.

ScarJo was previously linked to actor Ryan Reynolds. The two divorced in 2011 after three years of marriage. In December, she spoke to the Daily Mail of her wish to start a family:

“I would like to have my own family, that would be nice,” she said. “They say it’s never the right time and I am sure that’s true, but I think you have to plan it like anything else.”

And now, the question on everyone’s mind: Will Dauriac follow the lead of fellow French-hubby Benjamin Millepied?