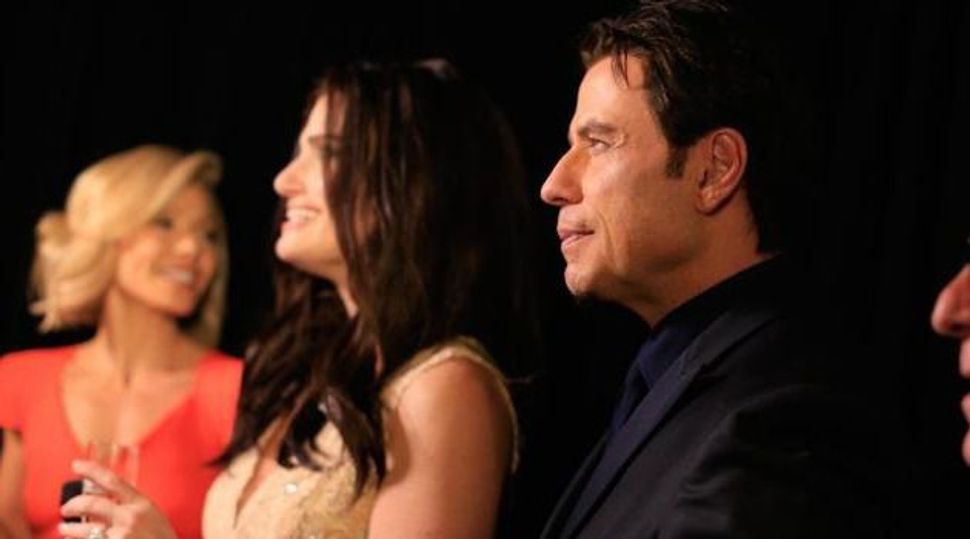 John Travolta is sorry for pulling a ‘Travolta’ on Idina Menzel at the Oscars.

The chagrined Hollywood star apologized for mangling Tony winner Idina Menzel’s name as he introduced her performance of the song “Let It Go” at the Oscars.

Travolta, 60, said he’s been “beating myself up” over the gaffe during Sunday night’s broadcast.

“Then I thought … What would Idina Menzel say? She’d say, ‘Let it go, let it go!’” he added in a statement.

Menzel sang the hit from the animated film “Frozen” after the cringeworthy intro. It went on to win the Oscar for Best Song.

Travolta’s slip sparked a meme on social media where anyone’s name can be “Travolta-ized” into weird and nonsensical variations. Slate even launched an interactive widget that let users “Travoltify” their name.

Menzel, 42, starred in “Rent” and “Wicked” on Broadway and is in previews for her new show, “If/Then.”