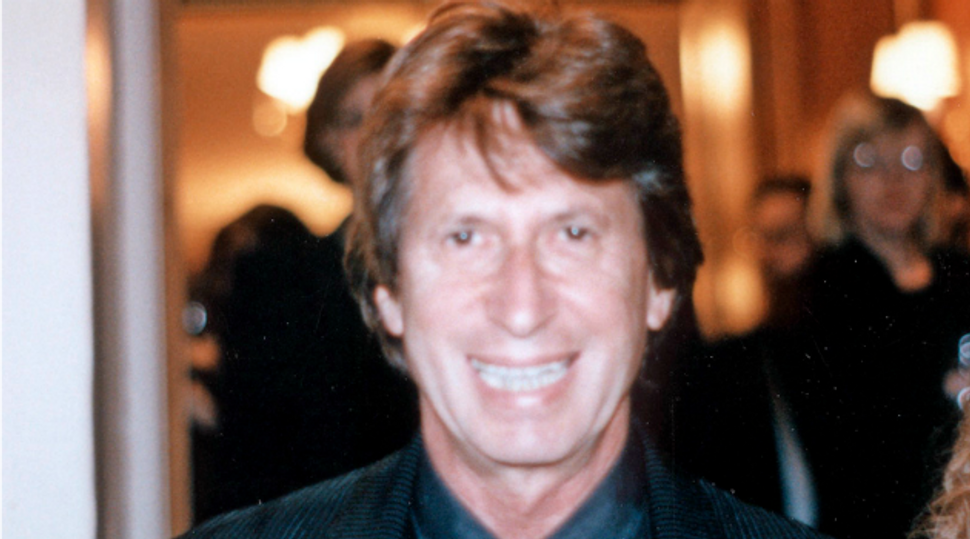 Comedian David Brenner, who died at 78 on March 15, was among my favorite TV funny men — except when the tall, witty guy told tall tales about his landsmen. Maybe it was due to a bad chopped liver sandwich in his youth, but his [mis]take on Jews sometimes left me no alternative but a Forward column.

In a 1993 David Letterman appearance, in the midst of a hysterical monologue, Brenner posited: “Jews are no good with their hands…. We can only use our heads…I can’t use a hammer, only one finger.” I had received a David Brenner press kit, which stated that among “topics too serious to be joked about are prejudice, bigotry, race.”

Nu? So what about stereotyping? I took him to task in an April 1993 column. Then, in a 1996 TV appearance, he expanded on the Jewish klutzy theme and confessed: “I can’t fix anything because I am Jewish and if our mothers saw a hammer, they would throw it and shout: “Book! book! book!” I laughed and nearly cried at the same time.

I was finally able to address Brenner in person at the March 17, 1997 Creative Coalition Awards Gala at The Pierre where he was in heady company that included: Robert Kennedy. Jr., Marlo Thomas, Stockard Channing, Conan O’Brien, Carly Simon, Kenneth Cole, “and his wife Maria Cuomo Cole, Whoopie Goldberg, Alec Baldwin and then president of Screen Actors Guild Richard Masur.

Intercepting Brenner’s entrance to the reception, I asked, “How can you keep saying that Jews are manually deficient in your TV appearances? What about Israeli pilots and the generations of immigrant tailors, machine operators, bakers, plumbers, musicians, surgeons? My grandfather was a carpenter. My Bronx-born husband designs and builds complicated machinery.” He shrugged and parting amicably, he came up with the afterthought, “Maybe he shouldn’t. “

A memorable Brenner faux-pas which caused a tumbleweed storm of outrage from Texas Forward readers was my coverage of his August 7, 1988 TV monologue during which he joked that there were “no Jewish cowboys” and no Jews at the Alamo…”Had there been any, they would have gotten out the back door.” The TV audience roared. I gasped. Was he wrong!

In 1985 Karen and I visited San Antonio and our hotel window faced The Alamo. The Alamo’s Visitor Guide informs: “Two gallant Jews died fighting Santa Anna’s troops: Anton (Anthony) Wolfe who came to Texas from England, one of the last to die — and Galba Fuqua, an Alabamian.” When we met with Mrs. Kallison, then president of the Texas Jewish Historical Society, she took Karen and me on a tour of the “Jewish cattle barons’ spreads” and pointed out many of San Antonio’s landmarks with Jewish provenance.

Among the letters the Forward received following my “Alamo” column, was from an upset Jewish Texan subscriber who sent in a photo of himself as a youngster astride a horned steer who wrote that his grandfather was fined ($200) for leading a 2000-strong head of cattle down Dallas’ main street when the limit was 800 head.

David was a one-of-a-kind funny guy and will be missed.