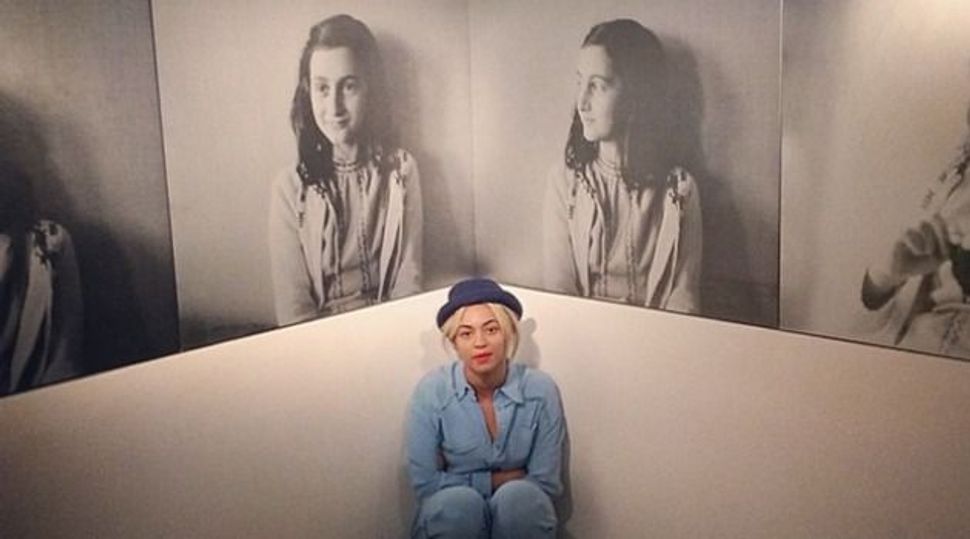 Beyonce took a little break from her Mrs. Carter World Tour to pay a visit to the Anne Frank house in Amsterdam with Jay-Z.

According to the museum’s Facebook page, the couple spent over an hour in the museum and were “very impressed by their visit to the hiding place of Anne Frank”.

Don’t believe us? See for yourself:

Queen Bey even took the time to sign the guestbook. Let’s just hope she didn’t pull a Bieber.

Beyoncé at the Anne Frank Museum in Amsterdam today pic.twitter.com/yZ4b8FeNXE