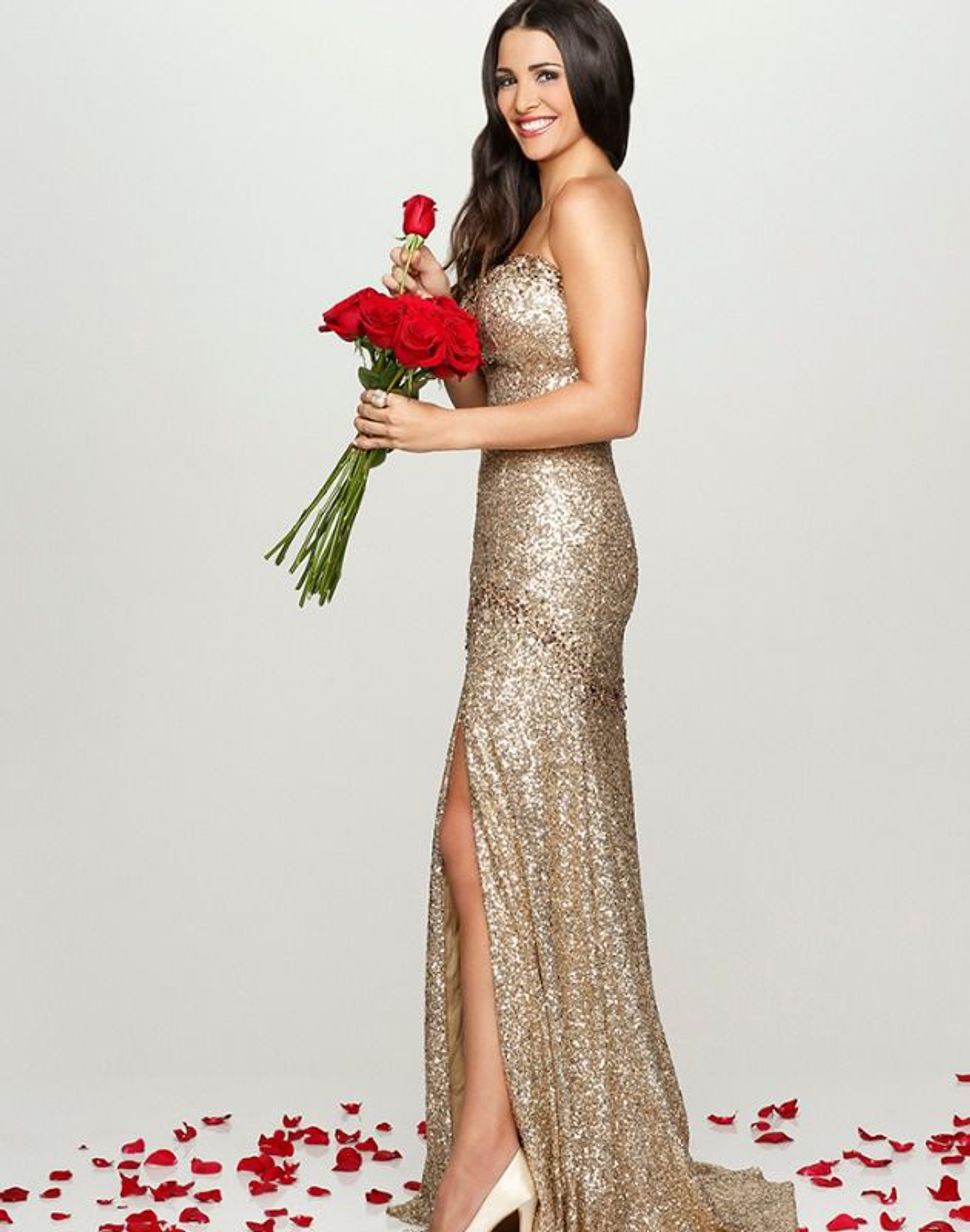 Following the official confirmation of Andi Dorfman as the new (Jewish!) “Bachelorette,” ABC have released the first photo of her — all glitz and glam with the requisite bouquet.

Tune in May 19 for the premiere episode.