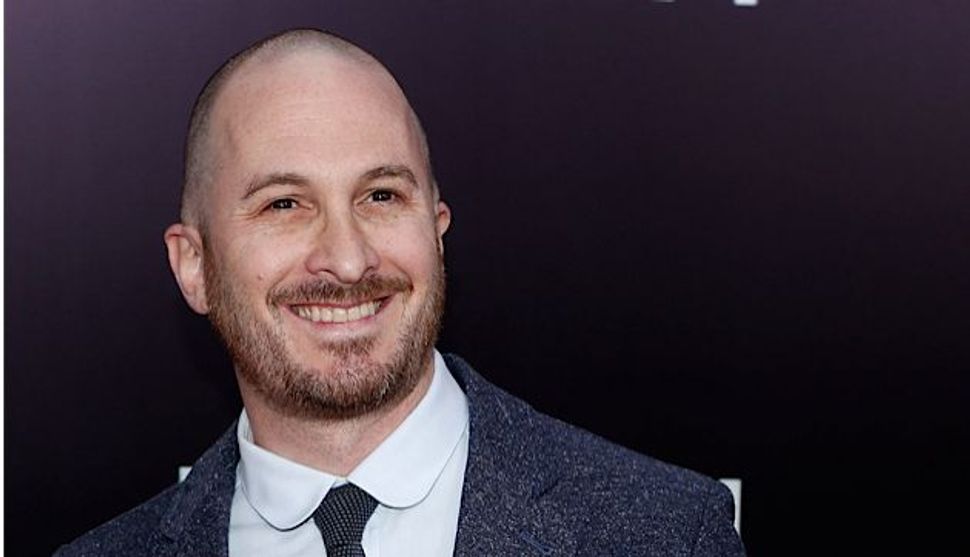 “Noah,” the blockbuster biblical adaptation by Darren Aronofsky, just came out in theaters on March 28, but the story has been on the director’s mind for a long time.

Aronofsky first said he was planning to make a “Noah” movie in 2007. When it didn’t happen right away, he wrote a graphic novel instead with co-screenwriter Ari Handel. But he’s been interested in the biblical tale of the flood since at least 7th grade.

According to Variety, Aronofsky wrote a poem in 7th grade about the story of the flood, with the encouragement of his teacher, Vera Fried, at Mark Twain I.S. 239 in Coney Island. The poem was entered in a student writing contest, and won. Thirty-three years later Aronofsky decided to repay the favor by tracking down Fried in Delray Beach, Florida, and offering her a bit part in the movie. Fried told Variety that “They wouldn’t give him my phone number at the school. His grandma went to a Hadassah meeting in Brooklyn, stood up and said, ‘Does anyone know Vera Fried?’”

Read Aronofsky’s poem after the jump.

Evil was in the world
The laughing crowd
Left the foolish man at his ark
Filled with animals
When the rain began to fall
It was hopeless
The man could not take the evil crowd with him
But he was allowed to bring his good family.

The rain continued through the night
And the cries of screaming men filled the air
The ark was afloat
Until the dove returned with the leaf
Evil still existed.

When the rainbows reached throughout the sky
The humble man and his family knew what it meant
The animals ran and flew freely with their newborn
The fog rose and the sun shone
Peace was in the air
And it soon appeared in all of man’s heart.

He knew evil would not be kept away
For evil and war could not be destroyed
But neither was it possible to destroy peace
Evil is hard to end and peace is hard to begin
But the rainbow and the dove will always live
Within every man’s heart.