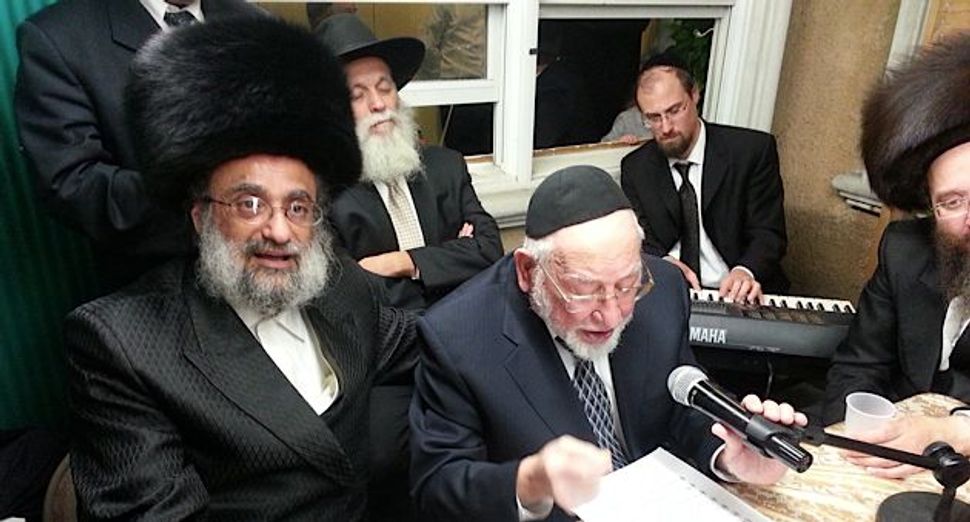 Over the past 200 years, the Modzitzer hasidim have become known for their beautiful melodies, or nigunim. Thousands of them, in fact. Today, 88 year-old Ben Zion Shenker is one of the most prolific, and respected, Modzitzer composers. For his latest album, “Hallel V’zimrah,” he teamed up with klezmer and bluegrass virtuoso Andy Statman. The Forward’s Jon Kalish caught up with Shenker in the Midwood neighborhood of Brooklyn to talk about composing Jewish music, meeting the Modzitzer rebbe, and performing on Yiddish radio.