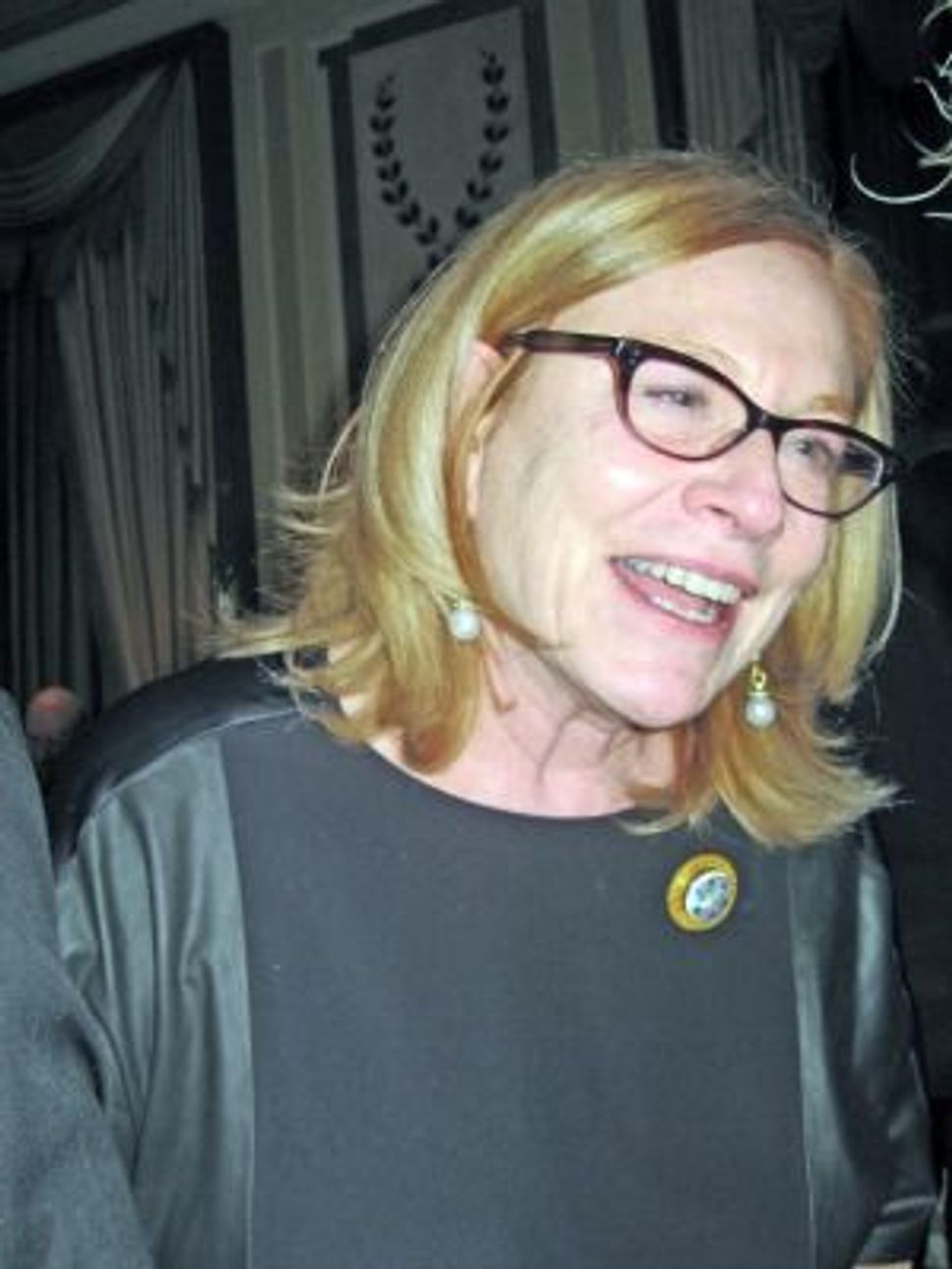 She affirmed: “Medicine demands that we have empathy and integrity.”

“I am the daughter of two very resilient and wise Holocaust survivors…I learned many lessons from my parents. One was that helping others is itself healing.” After being liberated by American soldiers, her mother was transported to Sweden where she became a nurse’s assistant. “It was my mother’s nursing of others, which helped bring her physically back to health…. Her story was a gift to me because it brought me to the vocation of medicine. My patients are my ultimate teachers…serving them and learning from them is the heart of what I do.”

“It’s an incredible honor to be here,” said Clinical Excellence honoree Dr. Michael Saag. “ I feel like I’m having my Bar Mitzvah again!” he joked. Reacting to the explosive laughter, he said, “I’m glad to be sitting next to a urologist because this could create a urological emergency.”

Founder of the Center for AIDS Research at the University of Alabama at Birmingham and its innovative HIV outpatient clinic, Saag said: “The progress that’s been made is just incredible when you think of a disease that wasn’t even there in 1981…and thirty years later it’s a chronic, manageable condition. It happened in New York, in San Francisco, even Birmingham, Alabama. The patients taught us all what we needed to know. You just had to listen.”

When I asked Dr. Saag the origin of his name, he said, “The name was originally Sagalowsky. The family came here in 1874 from Litvinova…. then St. Louis, Indiana…had a candy shop; movie theatres, theatres…settled in Texas.” But why Saag?” I persisted. He chuckled: “My grandmother wanted to be the first [name] under “S” listings — so she shortened the name to Saag.”