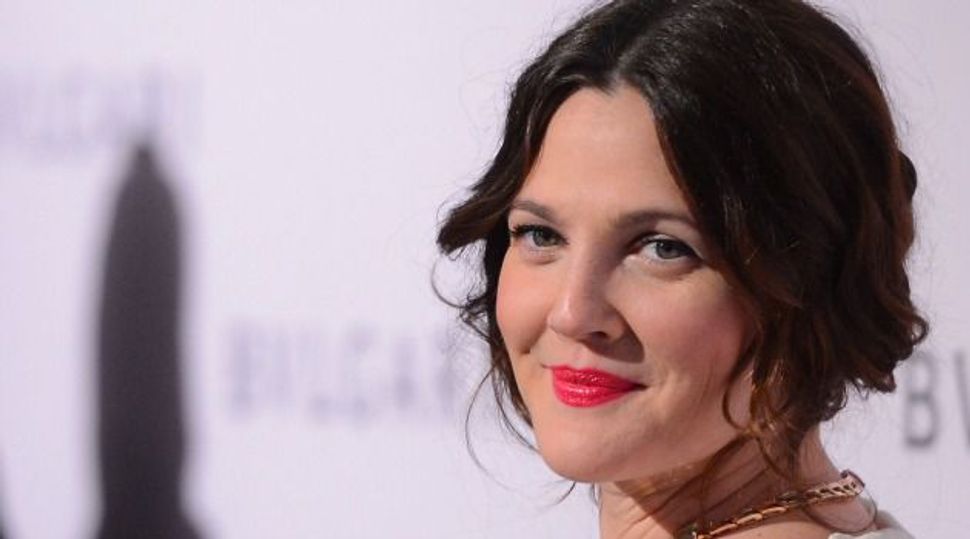 The actress and her Jewish hubby welcomed daughter Frankie into the world on Tuesday, People reported.

“Happy to announce that today we are the proud parents of our second daughter, Frankie Barrymore Kopelman,” the couple said in a statement. “Olive has a new little sister, and everyone is healthy and happy!”

Barrymore, 39 and Kopelman, 36 were married in June 2012, and welcomed daughter Olive in September of that year.

In an interview with Marie Claire in February, the actress dished about being a “good shiksa wife.”

“I go to Central Synagogue in New York,” she said.

On her attempts at a Passover seder: “It was a disaster. I screwed everything up. And I got the date wrong. I ended up taking him to a really awesome Seder at [Working Title president and producer] Liza Chasin’s house.”