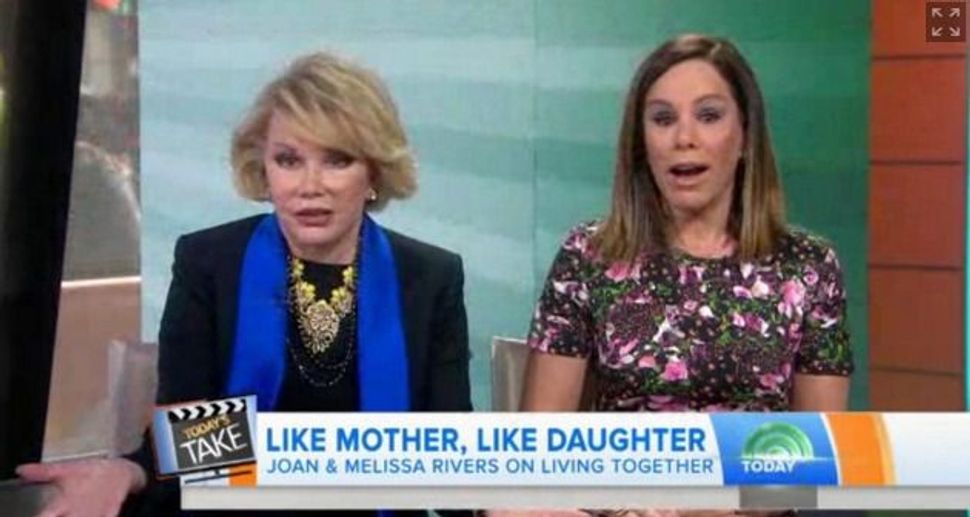 Joan Rivers is under fire for a joke she made while on the “Today” show with daughter Melissa on Tuesday.

Speaking about the guest room her daughter’s Malibu home, Rivers said:“Those women in the basement in Cleveland had more space” — referring to the three women held for over a decade in Ariel Castro’s “house of horrors.”

In pure Joan fashion, she refused to back down.

“They got to live rent free for more than a decade,” the 80-year-old told TMZ on Wednesday.

It was a “little, stupid joke” she added to the Cleveland Plain Dealer, “I’m a comedienne.There is nothing to apologize for. I made a joke. That’s what I do. Calm down. Calm f**k down. I’m a comedienne. They’re free, so let’s move on,”

And once again, Joan dug herself even deeper into the hole: “One of them has a book deal. Neither are in a psych ward. They’re OK,” she told TMZ. “I bet you within 3 years one of them will be on ‘Dancing with the Stars.’”