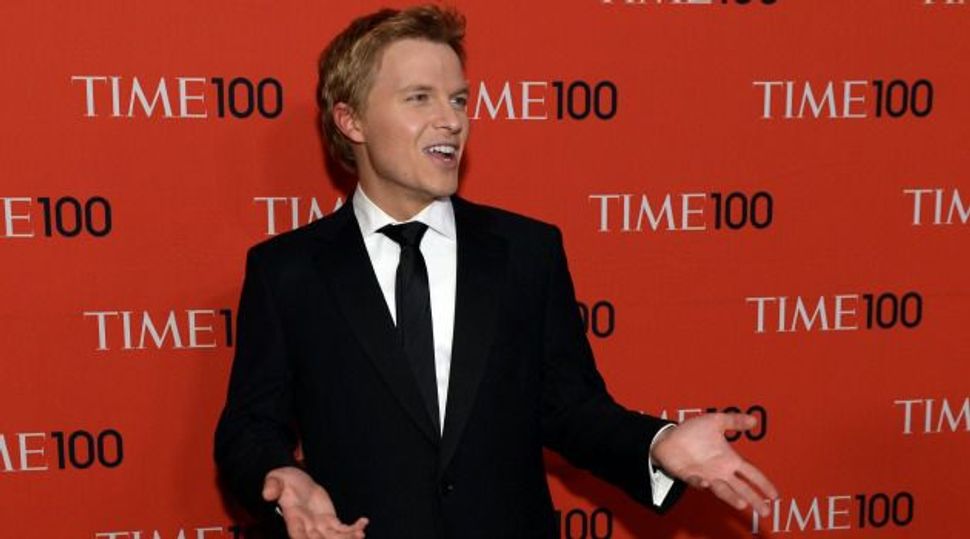 Remember when everyone was in a tizzy over the possibility that Ronan Farrow could actually be Frank Sinatra’s son? Those bright baby blue eyes seemed to be the ultimate giveaway (Come on, no way Woody Allen passed those on.)

Well, it seems that, contrary to Farrow’s now famous tweet, we’re not all possibly Frank Sinatra’s son. Because according to the New York Post’s Page Six, those Sinatra-blue eyes may be the product of carefully applied contact lenses, not genetics.

“You could see the outline of his contacts,” a spy (always a reliable source of gossip) told the Post, after seeing Farrow at the Time 100 Gala held a Jazz at Lincoln Center.

A friend of Farrow’s confirmed the news: “He’s blind as a bat, they are prescription contacts. They are tinted white, but they do make his eyes brighter blue.”

I guess we’ll have to rely on those cheekbones to make the case.

As for the recent controversy surrounding his family after his sister Dylan accused their estranged father Woody Allen of molesting her as a child, the 25-year-old MSNBC host said he’s trying to tune it out by focusing on work. “I think it’s important to tune out some of the noise, do your job, keep your head down,” he said.