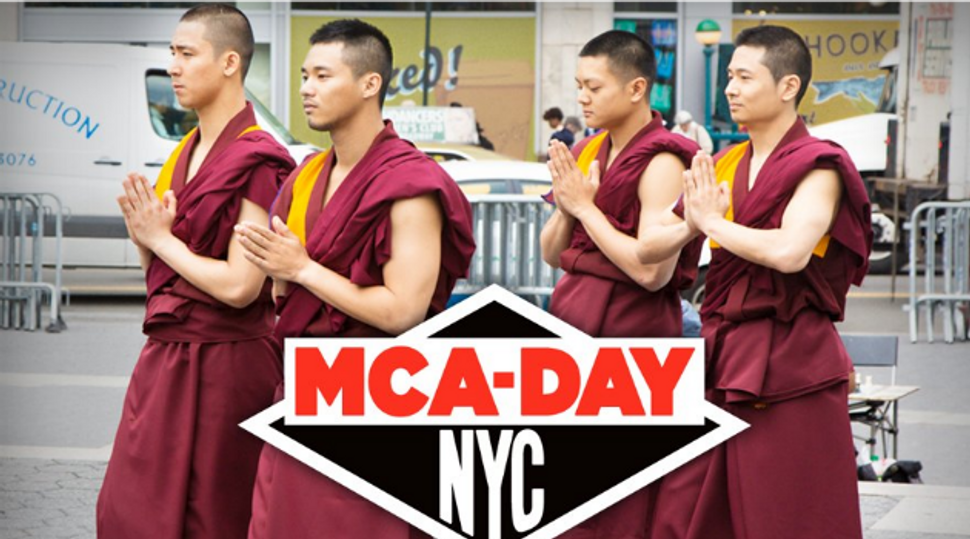 This past Saturday, four Buddhist monks took to Union Square, the site of the first MCA Day, to pay tribute to Beastie Boys rapper Adam Yauch, who died in 2012 after a long battle with cancer.

A human rights activist, Yauch was a fervent supporter of Tibetan independence and organized the Tibetan Freedom Concert in 1996.