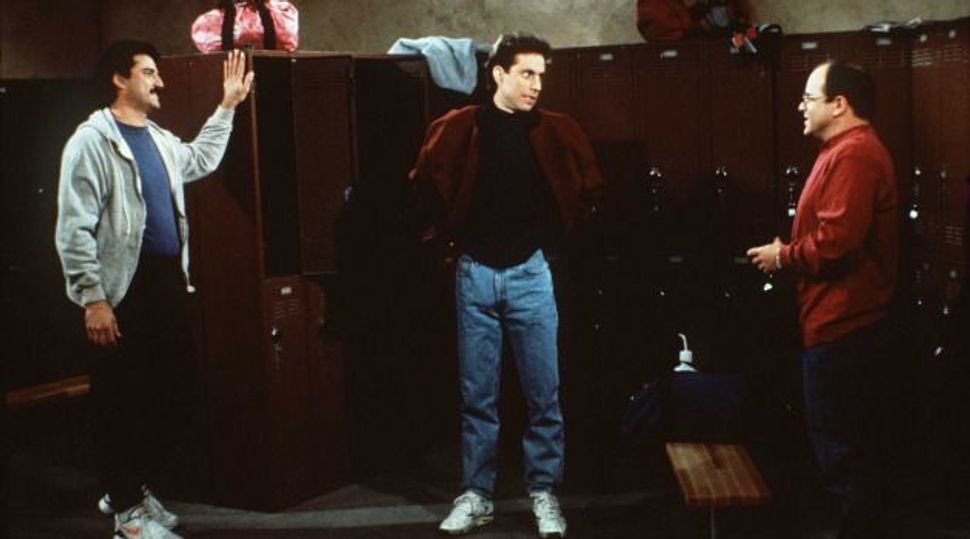 If you’re a “Seinfeld” fan, you may have shouted “Not that there’s anything wrong with that,” a couple of times. It’s just one of those lines that has stuck from the show, much like, “Big Salad,” “Yada Yada,” or “These pretzels are making me thirsty!”

You might also argue that there is genuinely nothing wrong with repeating lines from the show.

Kenny Kramer disagrees. The real-life inspiration for Kramer filed a $1 million defamation lawsuit against “Seinfeld” writer Fred Stoller and Skyhorse Publishing last December for writing in his memoir, “Maybe We’ll Have You Back,” that guides on Kramer’s Manhattan tour buses drive through Greenwich Village pointing out gay people and yelling — you guessed it — “Not that there’s anything wrong with that.”

Now, Stoller’s lawyer David Pierce is arguing that the case should be tossed out because, as the New York Daily News put it, “the line is ironic.”

Besides, Pierce added, because the buses are air-conditioned, the windows are always closed — so the passerby couldn’t possibly be insulted by comments they don’t hear. Duh.

“It’s not ironic. It’s insulting to a lot of people, ” Kramer’s lawyer, Fred Lichtmacher, replied in a hearing in Manhattan Supreme Court on Wednesday.

What he’s accused of is a disgusting, hateful thing,” Lichtmacher added. “This thing (the bus company) has his name all over it. This is a situation that can destroy this man’s business because no body wants to get on his bus if his reputation is as a gay basher.”

Manhattan Supreme Court judge Barbara Jaffe will rule on the motion to dismiss in the coming weeks.