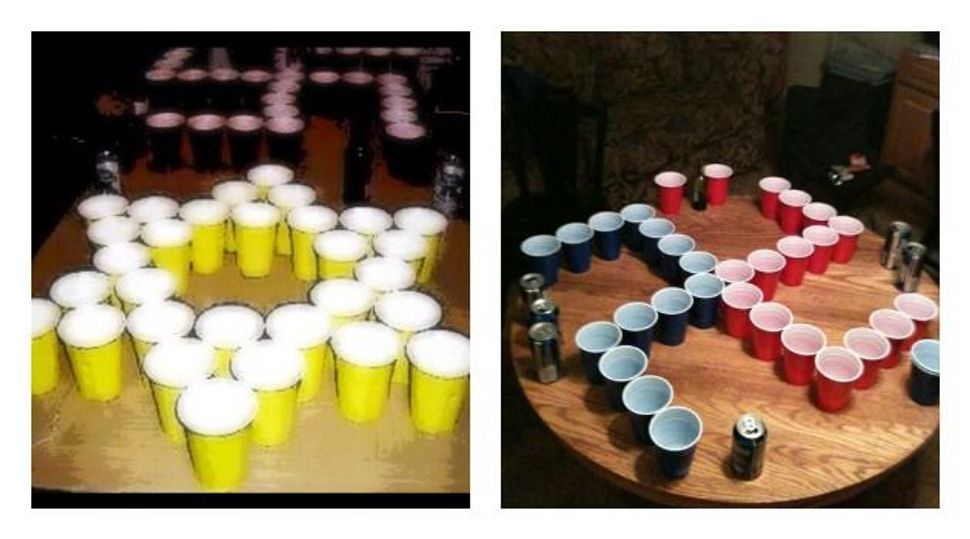 Let’s be real: good old-fashion beer pong got boring a long time ago.

Well, some High School students have decided to get inventive and reconfigure the cups a bit to look something like this:

“This is what we play at parties. Jews vs. Nazis” -Cape Coral HS pic.twitter.com/ol8FcztcjQ

The picture was retweeted more than 1700 times. And as it turns out, the game’s got a history. Students from Cape Coral High School in Florida weren’t the first to play ‘Jew vs. Nazi’ beer pong, though they seem to have been the first to attract national attention for it.

This Nazis Vs. Jews battle looks a lot more fun than the one 60 years ago… pic.twitter.com/DjRrxlTJBU

Now, you probably don’t need an ADL report to know that not everyone’s laughing about it.

Some, though, are urging calm before getting riled up over the game. “My first assumption is let’s assume it’s just children that are immature with no ill intent, not trying to be malice,” Rabbi Yitzchok Minkowicz suggested to Fox4.

The Daily Dot aptly noted that this probably isn’t the latest new, dangerous anti-Semitic trend. It’s just another dumb old one that hasn’t died yet.