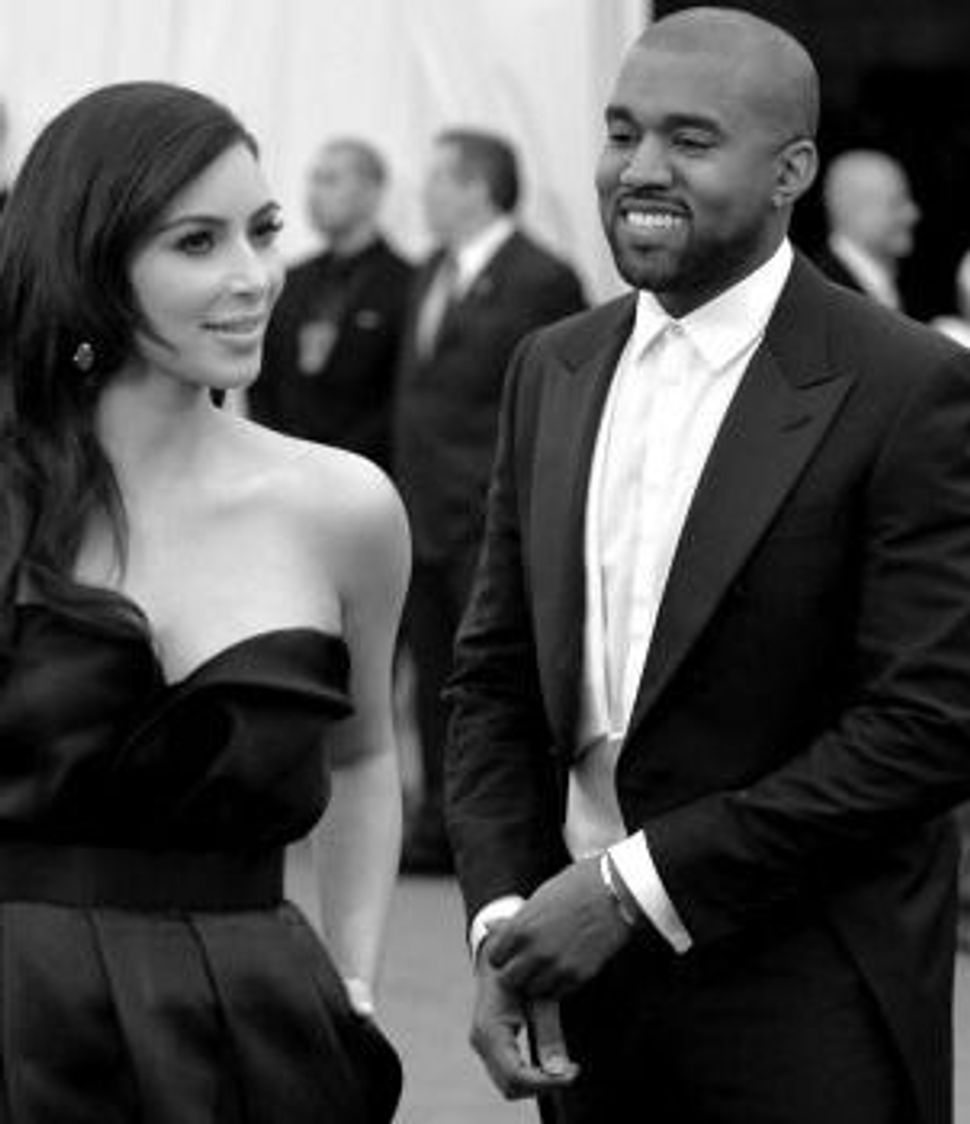 Kimye are among the celebs buying Israeli real estate. Image by Getty Images

The crème de la crème of Hollywood, fashion and music worlds will descend on Paris this weekend for the royal Kimye nuptials.

Kim Kardashian and Kanye West’s rumored Versailles (or Florence?) May 24th, wedding has the world watching and waiting with bated breath. What will the bride wear? Will North crawl down the aisle? Will Kanye finally smile? How soon will they divorce?

With only 100 on the guestlist, the intimate, and if we know anything about the Kardashians, extravagant affair will be an unforgettable and custom affair replete with the best money can buy. But did you know that some of Kardashian’s best accessories throughout the years have been her Jewish friends? We count the top five Jews in Kardashian’s life.

Diamonds are a girl’s best friend, but a custom15-carat Lorraine Schwartz engagement ring is a girl’s soul mate. West proposed to Kardashian at San Francisco’s AT&T Park with the help of a Jumbotron displaying “PLEEEASE MARRY MEEE!!!.” But more instrumental was the flawless ring Jewish jeweler to the stars, Schwartz, designed for the couple. Here she posts a photo of North West holding the ring.

Kardashian’s new favorite designer Alber Elbaz, the creative director of Lanvin, one of the world’s most respected fashion houses. Elbaz, the Israeli Moroccan designer has made a name for himself in the high fashion world. He recently dressed Kardashian for her Vogue cover story and the 2014 Met Gala. (Elbaz is on the bottom left)

Let’s just call him Jewish-boyfriend-in-law. Older sister, Kourtney Kardashian’s long-time boyfriend Scott Disick is a Long Island Jewish boy who has become part of the Kardashian klan and made a name for himself as Keeping Up With the Kardashians’ black sheep with a drinking problem.

The title of Kardashian’s BFF goes to none other than PR extraordinaire Jonathan Cheban. The Russian Jewish native of Fort Lee, NJ ascended up the celebrity ladder as a PR consultant to the stars to eventually become Kardashian’s best friend. Kardashian even executive produced his short-lived reality show The Spin Crowd. He will no doubt be front and center as Kimye take their vows.

The second Israeli on the list is one of the world’s most popular supermodels, Bar Refaeli. Kardashian and Refaeli have become friends over the last few years and the Israeli beauty and Leonard DiCaprio’s ex is among the select few to be invited to the wedding.