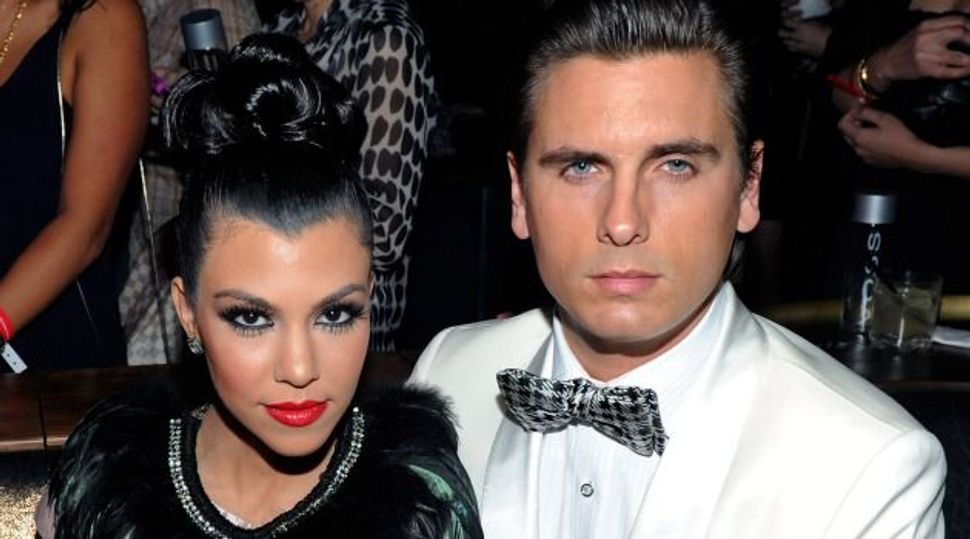 The Pont des Arts footbridge over the Seine in central Paris was closed for a few hours on Sunday after a metal grill laden with padlocks left by amorous couples collapsed onto the walkway.

Padlocks began appearing on bridges in Paris and other European cities more than five years ago left by people seeking to symbolize their enduring love – often inscribed with couples’ names. Lovers typically throw the keys into the river. Among the many famous faces who have have sealed their love with a padlock are Kim Kardashian and sister Kourtney Kardashian — who induldged in the tradition with Jewish boyfriend Scott Disick.

Nobody was hurt by the “love lock” incident, a city official told French media on Monday, adding that the bridge had reopened and the two grills across a 2.4 meter stretch of the bridge replaced temporarily by wooden panels.

But in a tweet posted on the city’s official web site, Bruno Juillard, the city’s elected head of cultural affairs, said it “confirms that our desire to find an alternative to these locks is a real necessity.”

The railings of several Paris bridges, including the central Pont des Arts which has a commanding view of the Ile de la Cite from the west, have since all but disappeared behind festoons of padlocks.

Paris authorities, who inspect and replace panels twisted or made unsafe by the weight of the locks, have faced calls to clamp down on the practice on esthetic grounds. But they have been reluctant to take stiffer measures for fear of hurting the city’s tourist industry and its worldwide reputation as a city of love.

Paris Mayor Anne Hidalgo last month invited citizens to “open a debate around the phenomenon of ‘love locks’ with a view to finding alternatives”.