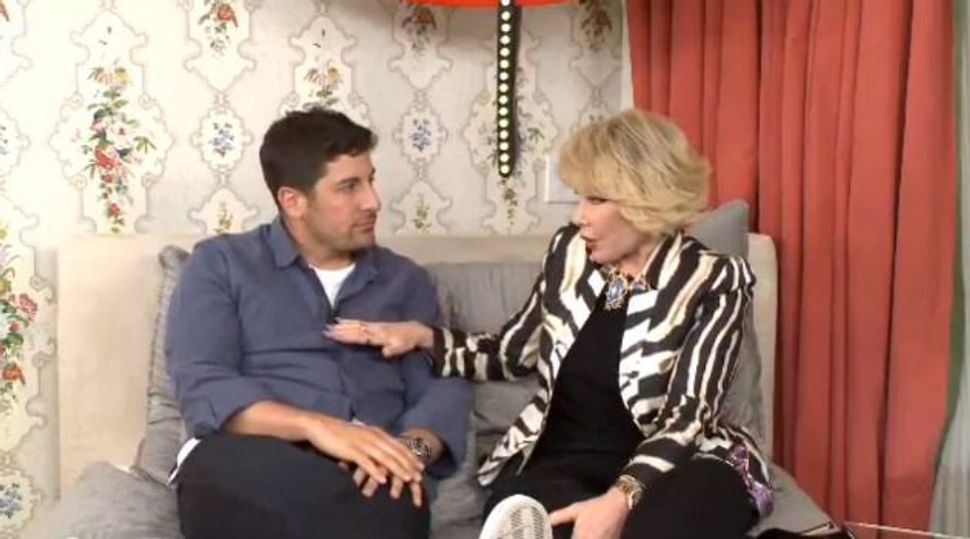 For the last time: No, Jason Biggs is not Jewish (though he is married to Jenny Mollen, who definitely is).

The “Orange is the New Black” actor stopped by “In Bed With Joan” to promote the hit show’s second season, and joan Rivers launched the interview with the elephant in the room: “I was told over and over again that you’re Roman Catholic. And yet, you’ve never played a Roman Catholic. You play Jews.”

“Almost exclusively,” was the answer. “If it hasn’t been said that my character is Jewish, it has at least been implied.”

Thankfully for us, the Jewish talk didn’t stop there.

On being mistaken for Jewish in school: “I’m not entirely convinced yet that my mom didn’t have an affair with the town mohel. Where we grew up it was mostly Italian Catholics…There were only two Jews in our town, or at least in our school — and man, we hated them! So I let it be known early on that I was NOT one of them. Don’t let this (points to nose) fool you guys,” Biggs joked.

Watch the rest of the interview below: