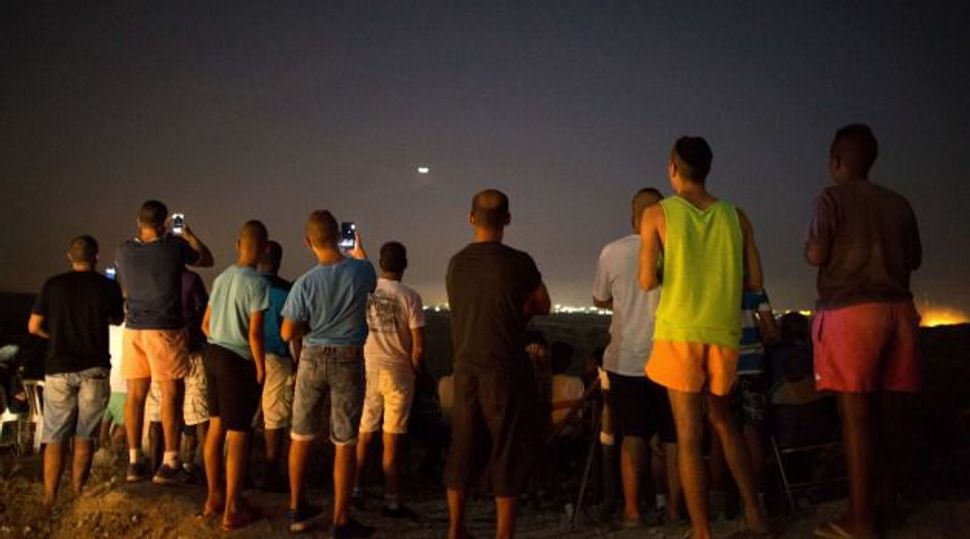 (Reuters) — Israelis have found a new way to learn of imminent rocket attacks from the Gaza Strip in the form of a mobile phone app.

Hamas militants have fired more than 1,000 rockets from Gaza at Israeli cities in the past week. Typically, air raid sirens blare and residents have between 15 and 90 seconds to head to bomb shelters and safe rooms in their homes.

Many have also downloaded an application called Red Alert to their phones that also warns of incoming rockets.

Israeli has responded to the rocket salvos – most of which have been intercepted by an Iron Dome system – with air strikes toward those launching them in Gaza.

Most of the rockets launched from Gaza since 2005 have been aimed at southern towns but Hamas and other Palestinian militant groups now have missiles that can reach deeper into Israel.

The app has been downloaded by some 500,000 Israelis on their Android and iPhones, with another 50,000 in the United States having downloaded an English version.

Once a rocket is fired, Israel’s military sounds sirens and also notifies Red Alert’s servers. Its servers crashed at the outset when rocket fire turned to Jerusalem and Tel Aviv but they were quickly back up with stronger servers.

“The No 1 reason we created it was to save lives,” said the U.S.-born Sprung, who works at Jerusalem start-up Curiyo. “I hope I can un-publish it in the future.”