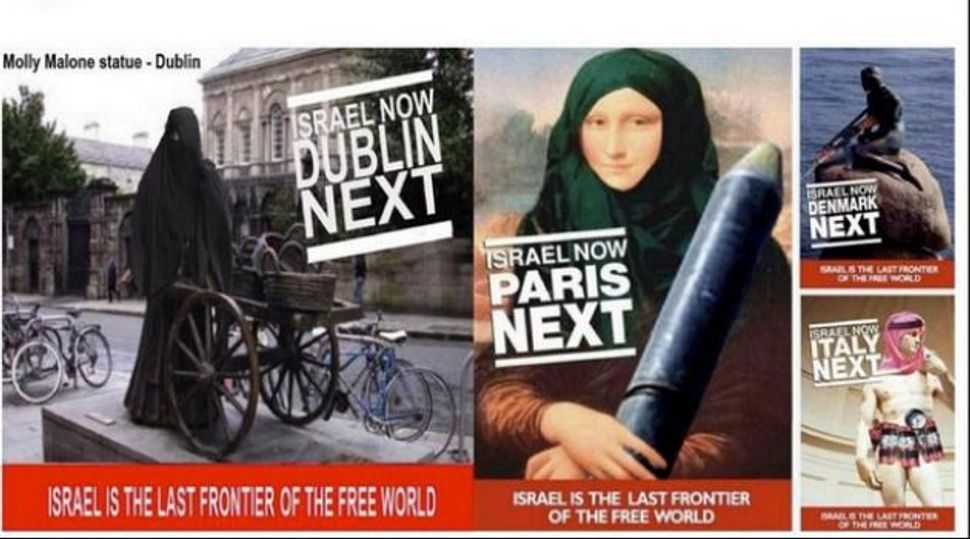 Israel’s embassy in Dublin has deleted a series of tweets showing iconic works of art, including the Mona Lisa, dressed as Jihadists. All images were captioned: “Israel is the last frontier of the free world.”

The images, captioned “Israel is the last frontier of the free world,” were sent from the embassy’s official Twitter account, Newsweek reports.

The Mona Lisa is portrayed wearing a hijab and holding a rocket, is stamped with the inscription: “Israel Now, Paris Is Next.” The statue of David, addressed to Italy, is dressed in a skirt of explosives.

Copenhagen’s Little Mermaid statue holds a gun and a message reading “Israel Now, Denmark is Next,” while Dublin’s own statue of Molly Malone is covered with a black niqab.

“There was no intention to cause insult or offense to anyone,” the Israeli ambassador Boaz Modai’s office explained to Newsweek.