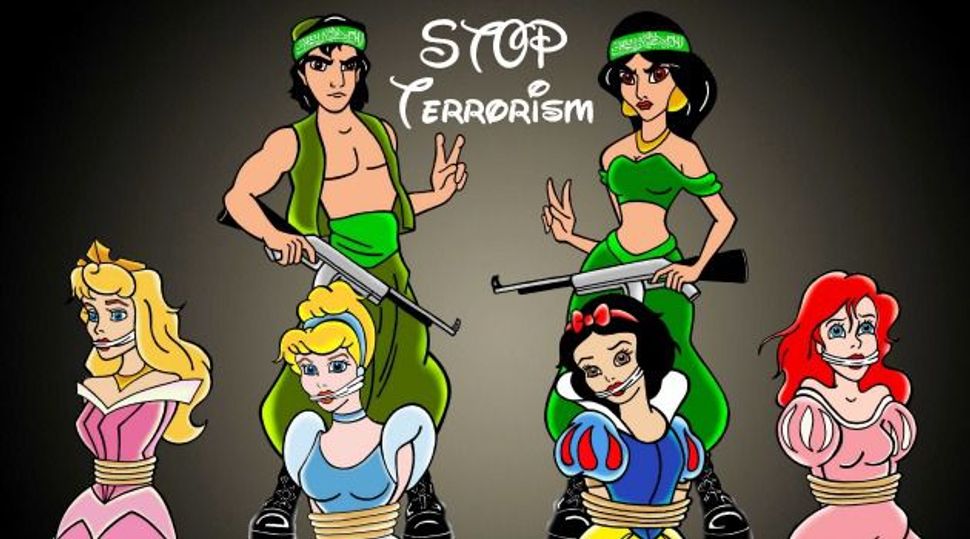 Well, this is a whole new world.

A new series called “Stop Hamas Terrorism: Once Upon a time the children in Palestine” by artist aleXsandro Palombo re-casts Aladdin and Princess Jasmine as members of Hamas. That sound you hear? That’s your childhood going up in smoke.

Per an introduction posted to Palombo’s blog:

Naftali Fraenkel (16, from Nof Ayalon), Gilad Shaer (16, from Talmon), and Eyal Yifrah (19, fromElad), were the three Israeli teenagers that were abducted and killed in June by a terrorist cell affiliated to Hamas. It’s unacceptable and atrocious that in the modern era three young boys full of life, hopes and dreams, had to die in this uncivilized and barbaric way, killed by unscrupulous people who, for years, have forced the Israeli people to live in fear and terror. Hamas terrorists not only harm the people of Israel but takes also in hostage the people of Gaza, where civilians are used as human shields and where children are turned into little soldiers and causing the deaths of Gaza’s civilians, children, women, men… Terrorism is like a cancer, something that you have to fight. 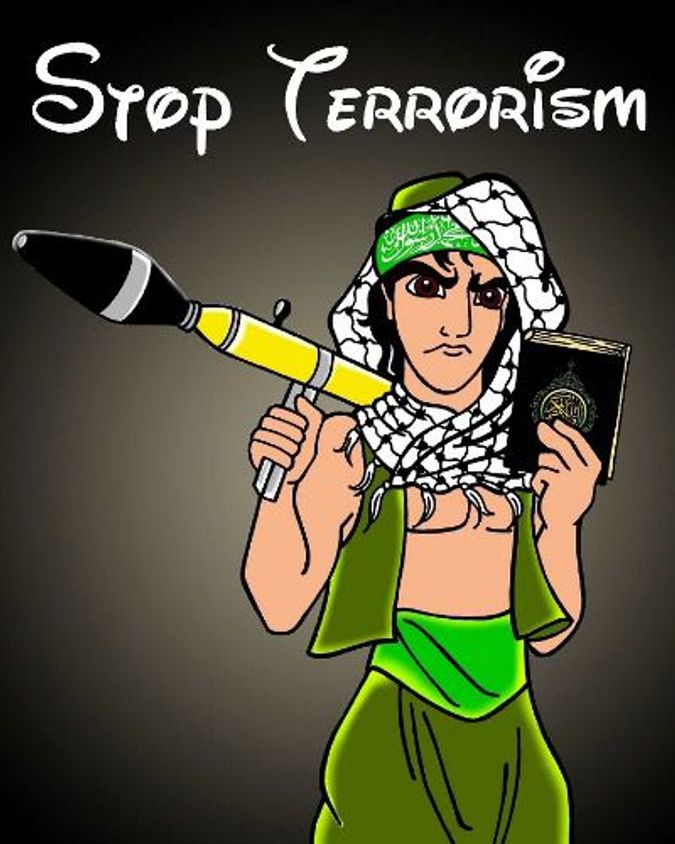 Beyond the fact that the singling out of the two main Arab characters ever to appear on Disney is more than just a little racist, the art itself is seriously disturbing.

Jasmine threatening Snow White. Aladdin holding a rocket (and a Quran). Cinderella gagged and bound. Jasmine pointing a gun at Aurora (I bet “once upon a dream” is sounding pretty good right now).

Why Pinocchio, Peter Pan and Chris Griffin from Family Guy also appear dressed as Jihadists is beyond me.

In any case, it’s all pretty atrocious. We’re all entitled to our opinions, but don’t mess with Disney.

If you’re interested, you can see the rest of the series here. Careful though — you may have to waste a wish and ask Genie to help you erase them from your mind.