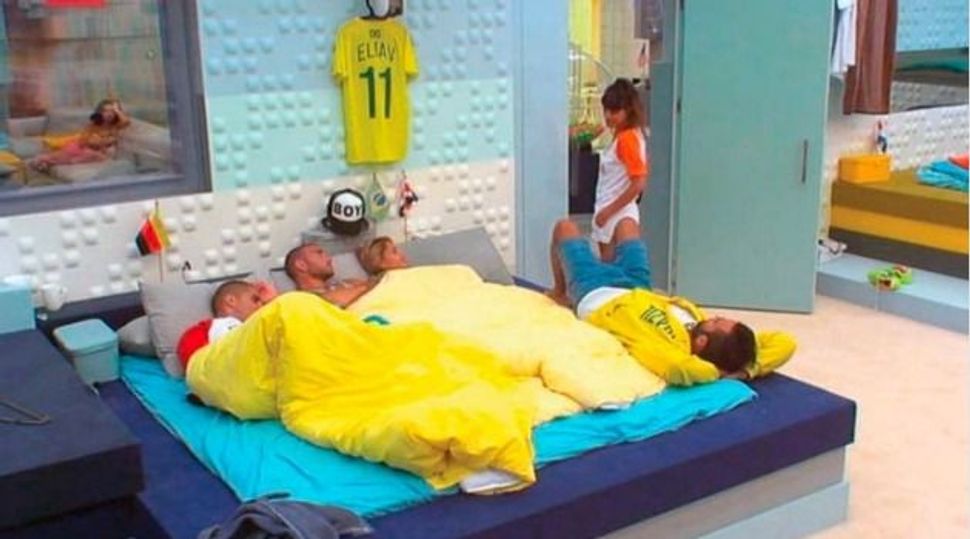 The show must go on! This time with a new bomb shelter.

Although many Israeli shows and networks have gone on hiatus due to Operation Protective Edge, Big Brother Israel is undeterred. The show, filmed in Neve Ilan, a village near the outskirts of Jerusalem, was in the middle of its sixth season when the conflict started.

Rather than shut down, the show’s producers got creative.The house now contains regional alarms and a bomb shelter, even though that violate the rules of the show that houseguests cannot have any contact with the outside world – Security will out.

According to Quartz, Keshet, the network that produces “Big Brother Israel,” waited almost a month to tell contestants about the escalating conflict between Israel and Gaza.

The first time an air-raid siren went off in the outskirts of Jerusalem, where the house is located, its residents—by then nearly two months into their confinement—were told it was a technical glitch (link in Hebrew). But after a second alarm the next day, July 8—almost a month after three Israeli teens were kidnapped, on June 12, and later found dead, setting off an escalation of tensions and violence—the show’s producers decided to break the rules and tell the contestants what was going on.

A video via Jerusalem Post (in Hebrew) shows some of their reactions.

Also from Quartz, here’s a translation of the announcement from the disembodied Big Brother voice:

“Tenants of the house… As you all know, with your entrance into Big Brother, you were disconnected from the outside world. Living in a place cut off from outside is an essential part of your, and the viewers’, experience in the house. The producers do everything to preserve this disconnection. We don’t allow messages from the outside or updates on events outside of the house—unless the situation can have a direct impact on the house’s tenants, or on their family members outside. Big Brother feels obliged to update you that in the past few days, the security situation has become tense. There has been an escalation in the south, which includes rocket fire, mainly on those living just outside the Gaza Strip, but which this evening has spread to Gush Dan [the Tel Aviv area] and our area.”

Only after milking the moment for the benefit of reality television viewers did the announcer admit that the show’s producers had confirmed that everyone’s families were safe and sound.

Keshet has lost $13.1 million over the past two weeks, a rep for the company told The Hollywood Reporter last week. Despite the rockets, 45% of Israeli audiences still watch the show, which switches to the news if there are any significant developments.