The (Jewish) Ryan Seacrest of Japan 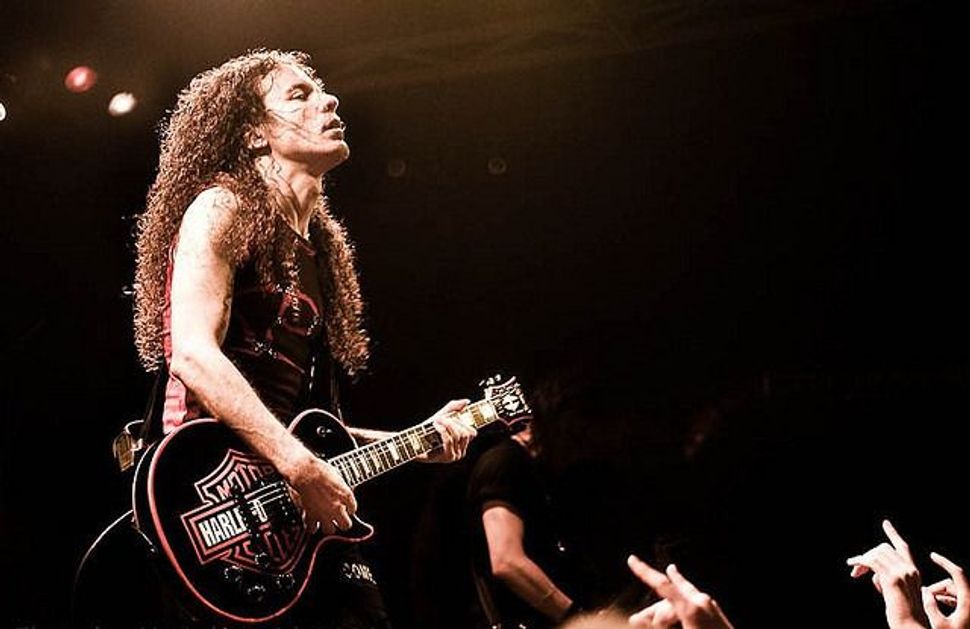 Marty Friedman was known throughout the 90s as the guitarist for the chart-topping heavy metal band Megadeth. His mop of curly hair and virtuosic playing gained him a following, and he has been called one of the greatest guitarists of all time.

However, as a new Rolling Stone story details, Friedman has found unlikely fame in Japan, where he moved in the early 2000s. He quit Megadeth, took up playing for Japanese rock and J-Pop groups, and soon became featured on a variety of Japanese television shows. He has hosted programs called “Mr. Heavy Metal” and “Rock Fujiyama,” and has logged an estimated 600 TV appearances.

Clay Marshall, the manager of Friedman’s record label in the U.S., tells people that Friedman is the “Ryan Seacrest of Japan.”

“He’s a cultural celebrity over there,” Marshall says.

Why the sudden, unexpected move and second life as Japanese cultural icon? Friedman told Rolling Stone that he prefers Japanese music for its complexity.

“It all comes down to the music,” he says. “That’s why I’m here. As much as I love Japan, I would not be living 7,000 miles away from my family and friends in America if it weren’t for the great music. If you look at the Top 10 on the charts here, I can pick any day of the week and nine of those songs, I would definitely say ‘I dig that a lot.’ In America, I would be very lucky if there was one song in that Top 10 that I would enjoy.”

The (Jewish) Ryan Seacrest of Japan