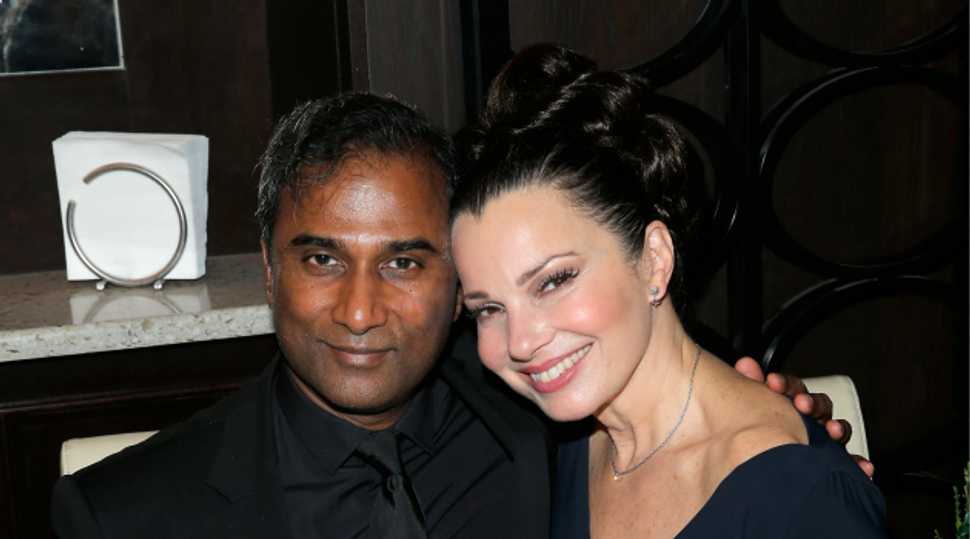 The Nanny is married — to the man who created email.

The bride wore Badgely Mischka, the groom wore Ralph Lauren. According to People, the ceremony was small, with only family and close friends in attendance.

Ayyadurai, 50, holds the patent for email (!). The two met a little over a year ago during a talk hosted by Deepak Chopra. Drescher was previously married to current producing partner Peter Marc Jacobson. The two divorced in 1999.

“Fran heard my talk and we fell in love, and we’ve been together since that talk,” Ayyadurai told the Huffington Post in late August. “Every day is a celebration with Fran. Every day is almost a romantic hangout with her. We’re always laughing, always enjoying ourselves.”

Drescher recently shared this photo of the two of them with the caption: “Be happy b well. B loving.”

Signing for now dolls. Be happy b well. B loving pic.twitter.com/ccZAhdBtxN