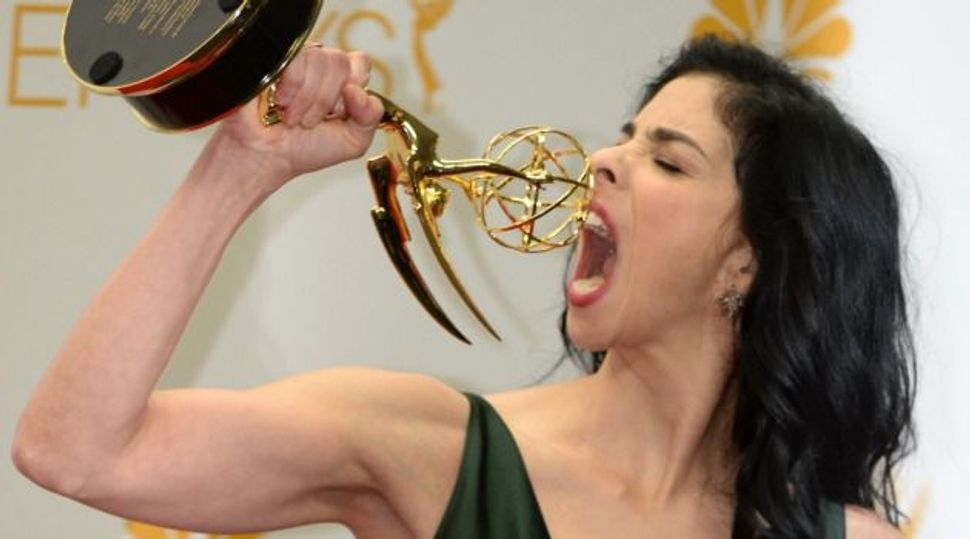 By now, you may have heard that Chris Pratt will host the “Saturday Night Live” premiere on September 27.

Now, I loved “Guardians of the Galaxy,” as much as the next gal, but there’s another name on that host list that’s worth mentioning. I’m speaking, of course, about Sarah Silverman, who is returning to the SNL stage for first time since 1994.

Our favorite raunchy Jewess is set to host the season’s second episode, which will air October 4th. But wait a second, isn’t that night of Yom Kippur? (Uh oh)

In all fairness, since SNL airs after sundown, she’s probably safe. But it should be interesting to see where the comedy goes after a whole day of fasting.