Babs Is Back on ‘Tonight Show’ — 51 Years Later 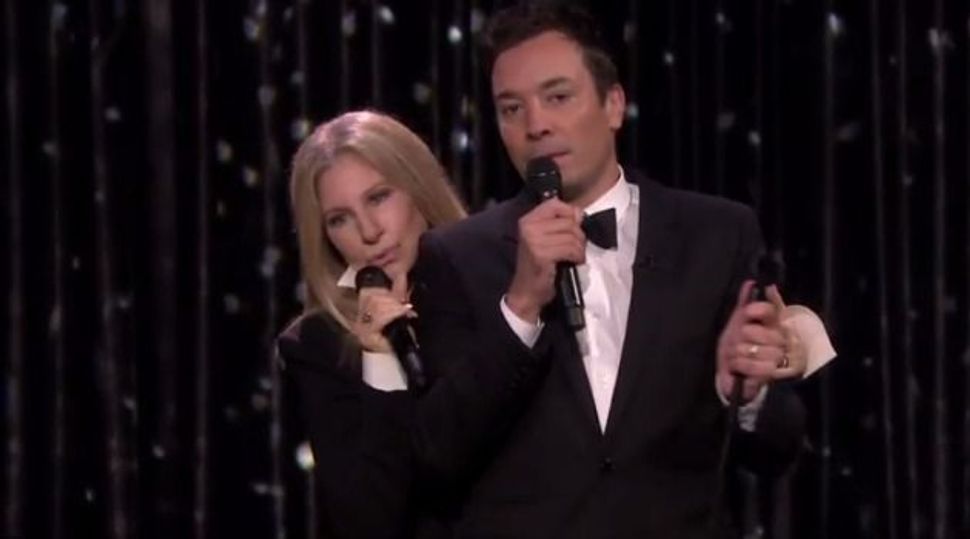 Why is this a big deal? Well, the last time Babs appeared on the show (with Johnny Carson as host), Kennedy was president, America had never heard of the Beatles and the Berlin Wall was still something new. In 1963, and the singer was just 21 years old, with two fresh grammies under her belt for her first album — “The Barbra Streisand Album.”

He even tried to sneak a kiss.

Check out the clip below:

Babs Is Back on ‘Tonight Show’ — 51 Years Later