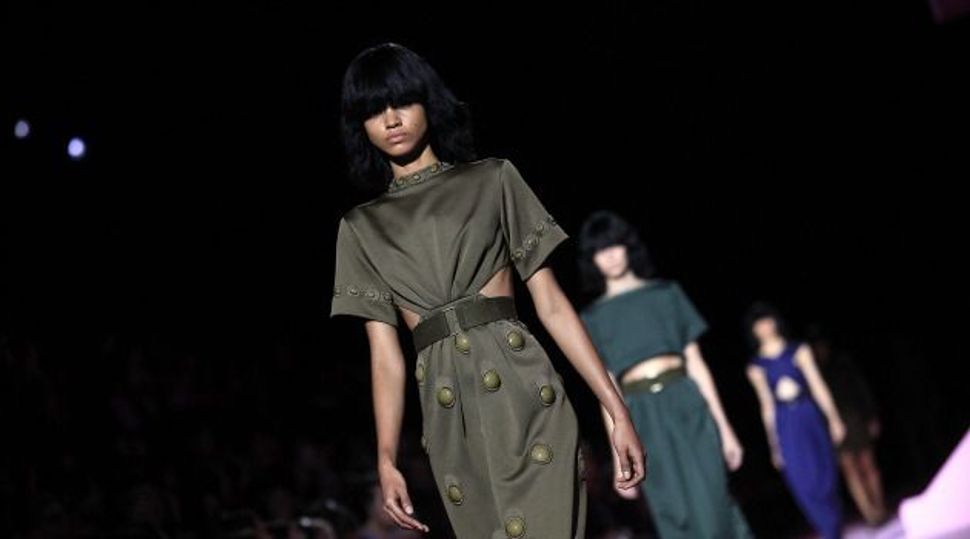 Many a preteen has done a crazy thing or two for the perfect bar/bat mitzvah.

Hi, Chloe! Tell me about these photographs of you with your friends outside of the Marc Jacobs show, wearing “Chanel” shirts. My initials are CC, so for my bat mitzvah we decided to do a Chanel theme.

Did you design the shirts? My mom and I designed them. We designed different ones so it would look more interesting.

Tell me about what you were doing outside of the Marc Jacobs show. It’s was a video shoot for [the] montage for my entry video before I walk into my bat mitzvah. It’s going to play and everyone is going to see it.

Was there a script? All my friends were pretending to be my fashion followers. They’re wearing all my clothes, and I was supposed to be the fashion designer. They were outside the Marc Jacobs show, pretending they were waiting outside for my show. My videographer person was telling them a script to say that was related to my bat mitzvah and the fashion show, so it would work for both. They were like, I’m so excited! and all this stuff.

Chloe Cornell joins a growing cast of what I like to call the “Bling Mitzvah Kids.” Remember Sam Horowitz, whose burlesque-themed party involved him descending from the ceiling into a crowd of scantily-clad Vegas showgirls?