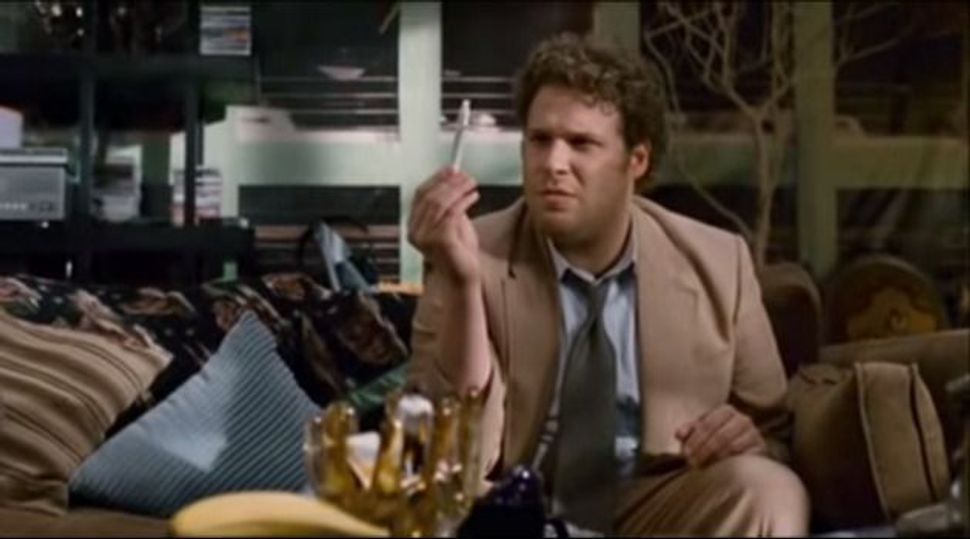 Seth Rogen can roll — Shabbos or no.

The 32-year-old Jewish actor has a new job that fits his skill set: rolling blunts for rapper Wacka Flocka Flame.

On Monday, Wacka Flocka advertised for a “blunt roller” on Instagram, offering to pay $50,000 a year.

The next day, he clarified his application instructions:

Rogen, who has starred in movies such as “Pineapple Express” and “Knocked Up” (which feature heavy marijuana use) applied for the “position” by tweeting at Wacka Flocka with the hashtag #icanroll.

There was a lot of competition on Twitter, but Rogen’s experience on and off-screen clearly paid off. And as of today, things seem to be going smoothly.

However, if Rogen doesn’t work out in the long run, Wacka Flocka’s manager told the Huffington Post that they may hire James Franco, Rogen’s Jewish on-screen partner in “Pineapple Express,” as a replacement.