Taking ‘Jewboy’ Nickname to His Grave 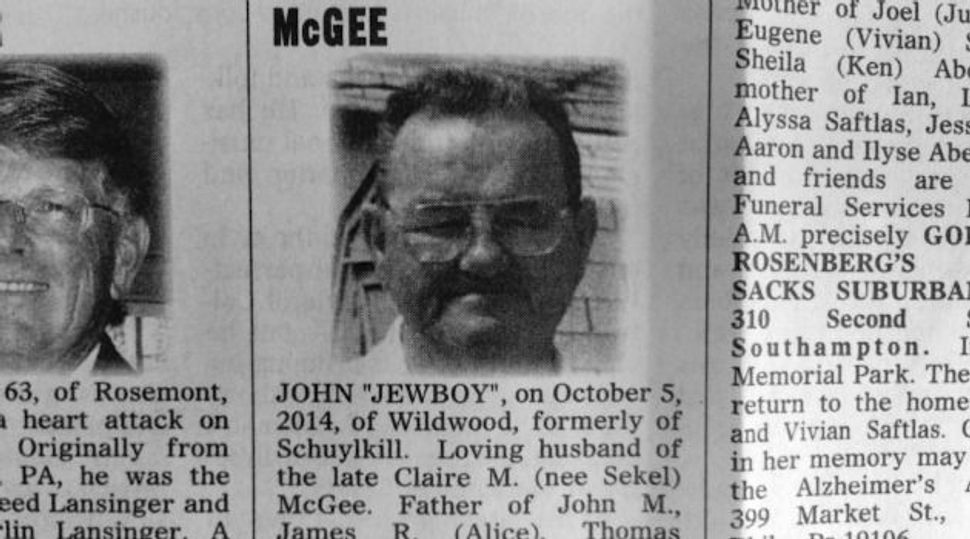 Some nicknames are not meant to show up in an obituary.

After John McGee, of Wildwood, New Jersey, passed away on October 5, his unfortunate nickname — “Jewboy” — showed up in his obituaries in the Philadelphia Inquirer and the Philadelphia Daily News. (Wildwood is part of Cape May County on the Southern tip of New Jersey and very close to Philadelphia.)

“We are taking action,” he said. “It was an oversight and not good.”

Yesterday morning both newspapers published a new obituary and issued an apology that read:

“We regret that the above death notice, printed Wednesday, October 8, included a nickname that many would find inappropriate and offensive. We apologize for this oversight, and are taking the necessary actions to ensure it does not happen again.”

It was not immediately clear how McGee got the offensive moniker.

Taking ‘Jewboy’ Nickname to His Grave