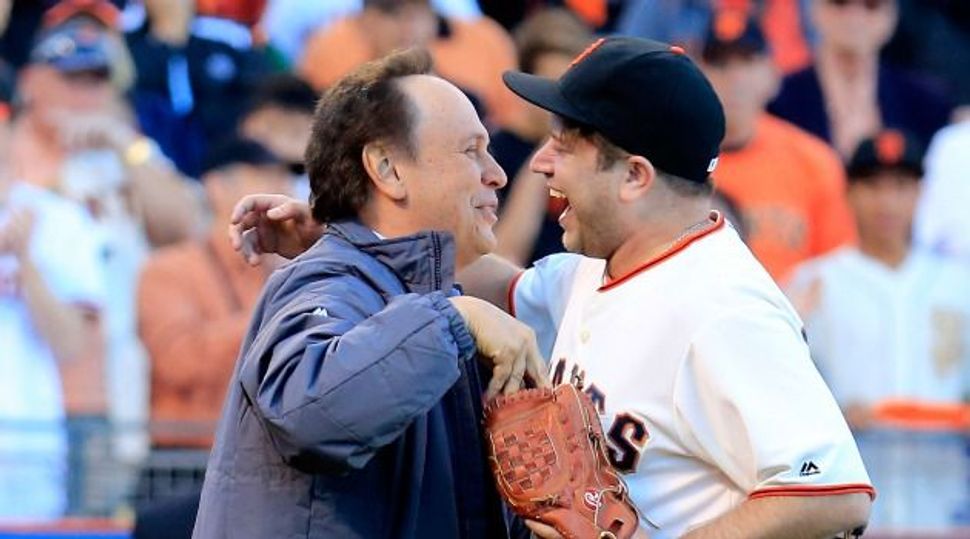 Williams, an avid San Francisco Giants fan, lived in the Bay Area for a long time. So, before game five of the World Series on Sunday night, Crystal helped bring Williams’ children —  Zelda, Cody, and Zak – out onto AT&T Field during a video tribute for the late legend of comedy on the stadium’s big screen. Crystal caught the ceremonial first pitch from Williams’ son Zak and then warmed up the crowd for the start of the game. Zak celebrated as if he had won the World Series for the home team.

Apparently, Crystal and Williams used to bro-out at games together. In 2007 they met Giants manager Bruce Bochy in the Giants dugout of an inter-league game between the Giants and the Yankees.

And that brings out what made last night’s tribute more special: Crystal isn’t even a Giants fan, he’s a huge Yankees fan.