A Jewish Hottie on ‘Downton Abbey’ 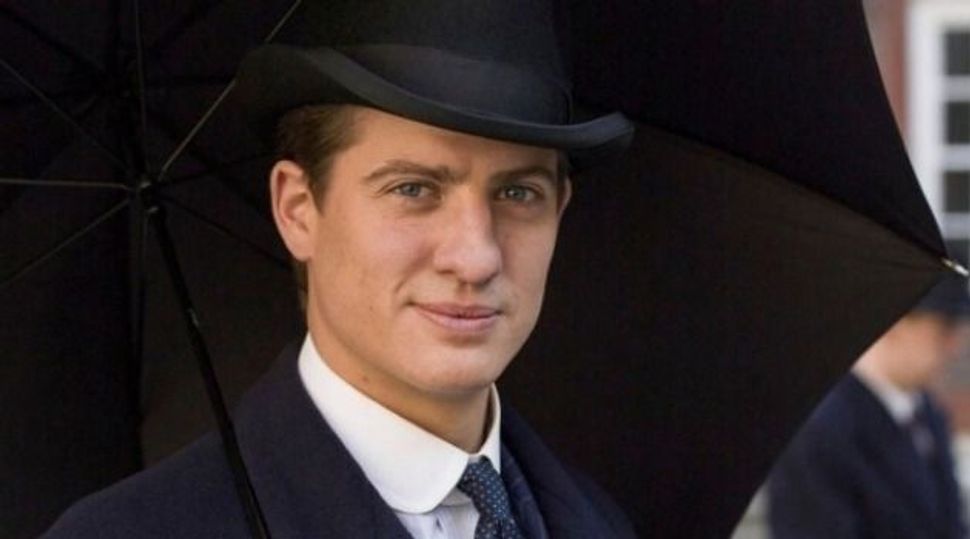 SPOILER ALERT If you are one of those who actually waits the four-month purgatory period between when “Downton Abbey” airs in the United Kingdom and in the United States, you may want to avoid this blog post. Until January 4, that is.

Attention fellow tribe-members! There is a Jewish boy on this season of “Downton Abbey.” Atticus Aldridge, played by Matt Barber, appears in season 5 as Lady Rose’s new love interest. He’s tall, dashing and did we mention, a lord — and it turns out he’s a member of a Ukrainian Jewish family that fled the pogroms in Odessa.

This doesn’t seem to bother Rose, but really what does? The rest of the family seem pretty keen on Aldrige, including the Dowager Countess, though her reaction when she finds out his true origins is right on point: “There’s always something, isn’t there?”

This is the first confirmed Jewish sighting on the hit series. We first had our hopes pegged on Lady Cora Crawley, described as “the beautiful daughter of Isidore Levinson, a dry goods multimillionaire from Cincinnati.” As it turns out, her father was one of the Chosen, but as the Jewish Chronicle points out, Cora and her brother Harold were raised Episcopalian.

Welcome to the Downton-verse Atticus Aldridge! Mrs. Pattmore may have to start brushing up on her challah recipes.

A Jewish Hottie on ‘Downton Abbey’