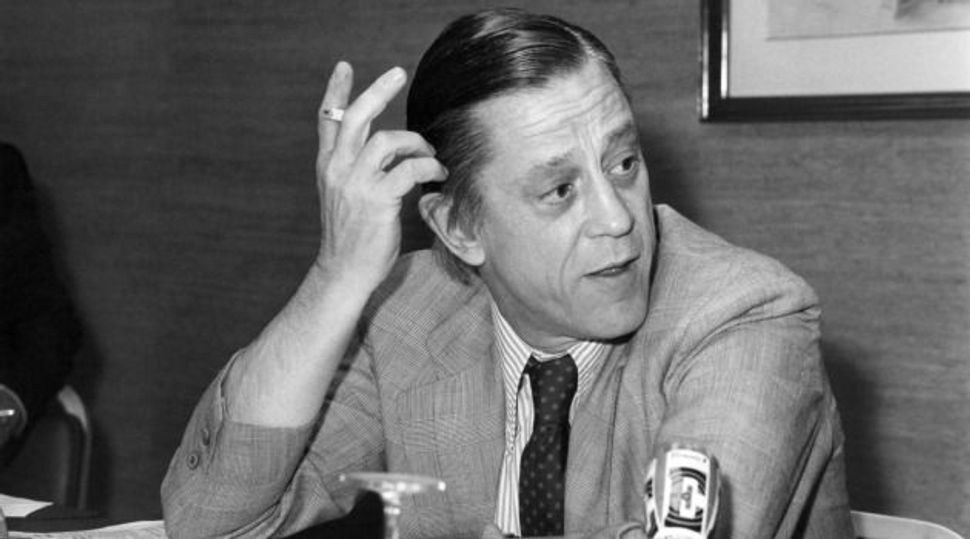 Legendary newsman Ben Bradlee was put to rest on Wednesday at the Washington National Cathedral in Washington, D.C.

But among the traditional hymns and psalms listed in the program, something stands out: Hebrew script, spelling out the Kaddish, the Jewish prayer for mourning.

Now, the former Washington Post executive editor, who died October 21 at the age of 93, was far from Jewish. In fact, it’s hard to think of a more WASP-y figure. His father, Frederick Josiah Bradlee Jr. (his friends called him “B”), could name his American ancestors 10 generations back.

His mother, however, may hold the key to Bradlee’s affinity for the tribe. Josephine de Gersdorff Bradlee, received the Legion of Honor for her work keeping children safe from Nazi forces during World War II.

Writing in the Washington Post on Tuesday, Bob Woodward and Carl Bernstein, who worked with Bradlee on the Watergate articles that brought down President Richard Nixon, remembered their mentor’s wise words of advice:

Four decades ago, Ben Bradlee told us his general theory of newspapering and life: “Nose down, ass up and moving steadily forward into the future.”

He understood the past and its importance, but he was utterly liberated from it. The past was history to learn from. And he refused to let himself be emotionally encumbered by it or deterred by either the lows or the highs.

The funeral, held at 11 am EST, was open to the public. Those unable to make it to the cathedral (which fits 2,500) could watch the proceedings on C-SPAN here.