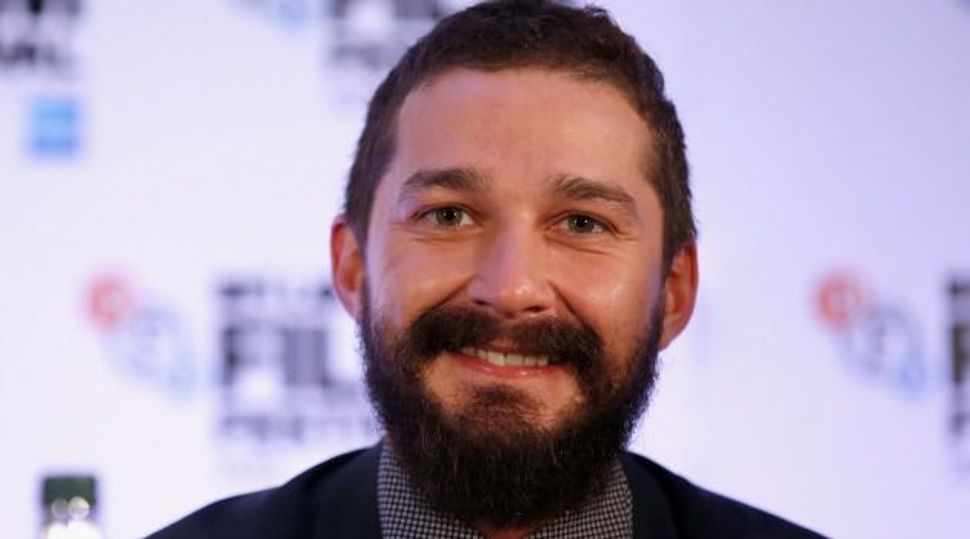 Shia LaBeouf is many things: the former child star of “Even Stevens;” a sometimes weird performance artist; that drunk guy who crashes a performance of “Cabaret” and gets arrested.

But a Jew? No longer. According to Haaretz, the actor has converted to Christianity, with a little help from Brad Pitt.

LaBeouf, currently starring alongside Pitt, told Interview magazine that he “found God doing ‘Fury.’ I became a Christian man, and not in a fucking bullshit way — in a very real way.”

“I could have just said the prayers that were on the page. But it was a real thing that really saved me. And you can’t identify unless you’re really going through it,” he added in the interview.

Born to a Jewish mother and a Christian father, LaBeouf has expressed pride in his Jewish heritage in the past. He was bar mitzvahed and in 2004, he admitted he felt “cocky” when telling people he was Jewish. “Not bad cocky, but good cocky,” he clarified. “Because what I am really saying is that I am one of the few chosen ones out there.”

Well, Shia, you may not be chosen anymore, but on the bright side, that means Mel Gibson can feel sorry for you. Aren’t you lucky.