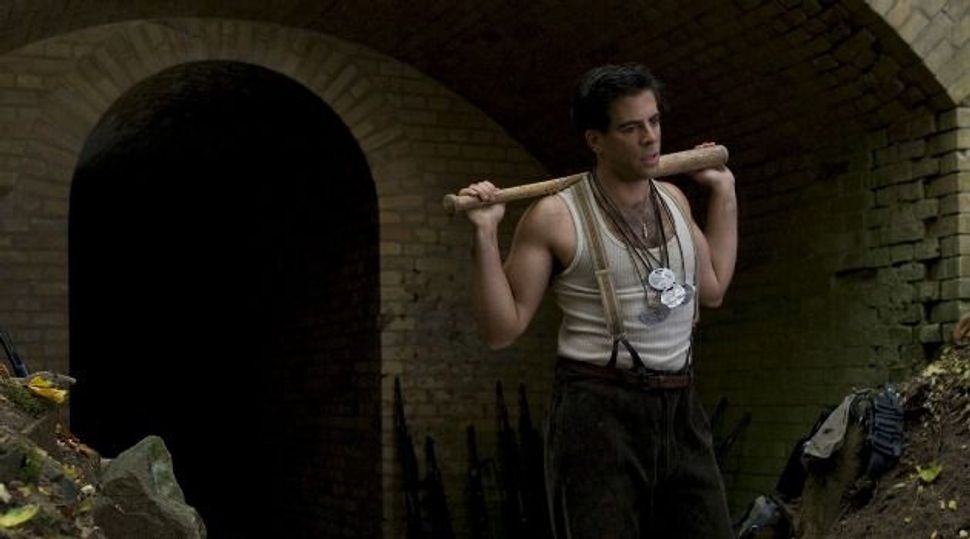 Ladies, it’s over. The Bear Jew is taken.

Eli Roth, 42-year old director of “Hotel,” “Cabin Fever” and yes, that guy anyone with eyes ogled during “Inglurious Basterds,” has tied the knot. The lucky lady is actress Lorenza Izzo, 22.

According to People Magazine, the couple wed in Izzo’s native Chile in a bilingual ceremony. She wore Vera Wang, he wore an Isaia tuxedo.

And before you ask, here’s that scene: