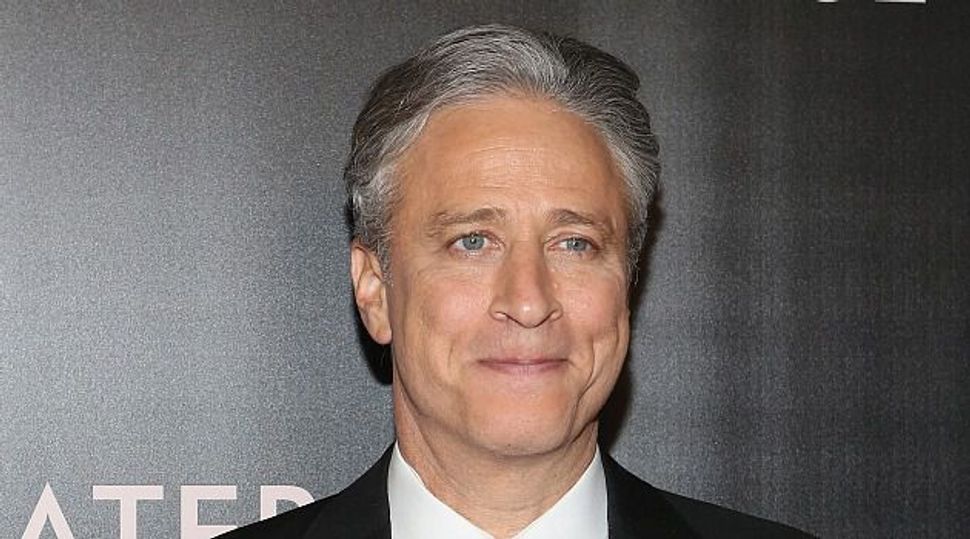 (JTA) — Jon Stewart is no stranger to harsh criticism. Some Jews have called him a self-hater, while the Iranian media has painted him as a Mossad agent. But “The Daily Show” host wasn’t on the receiving end Tuesday when he dished out some tough love to his fellow Jews.

In an interview with Canada.com to promote his new movie, “Rosewater,” the Jewish comedian commented on a number of things he found “troubling” with Judaism and the Jewish state.

“It’s so interesting to me that people want to define who is a Jew and who is not. And normally that was done by people who weren’t Jewish but apparently now it’s done by people who are,” Stewart said. “And you can’t observe [Judaism] in the way you want to observe. And I never thought that that would be coming from brethren. I find it really sad, to be honest.”

He went on to describe certain Jewish behavior as “fascistic.”

Asked whether he could criticize Israel, Stewart’s answer was a resounding “No.” Although that’s not a new revelation.